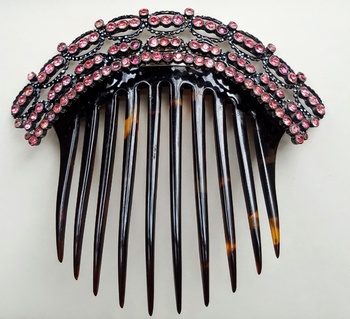 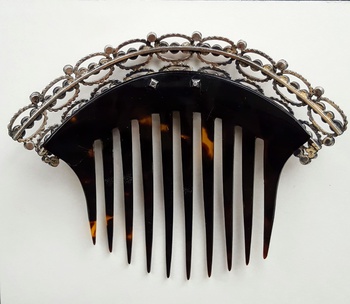 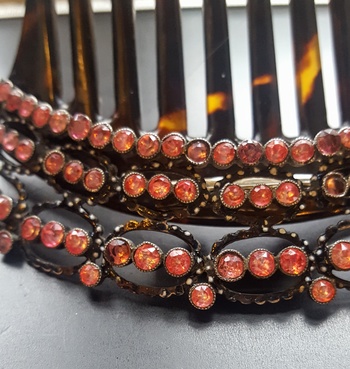 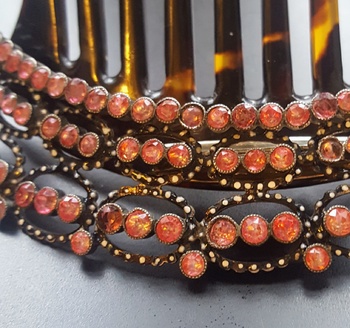 Unmarked silver, immaculate turtle shell prongs, pink foiled pastes with maybe 2 or 3 replaced. This kind of black enamel with black dots is rather fragile, this piece has only a few bruises...

Usually described as Georgian, French, I rather see those pieces with eagle's or boar's head hallmark which situe them not earlier than 1838!