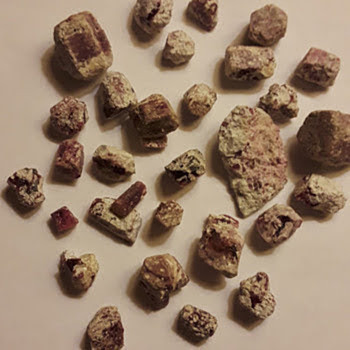 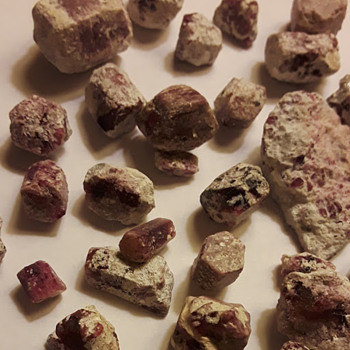 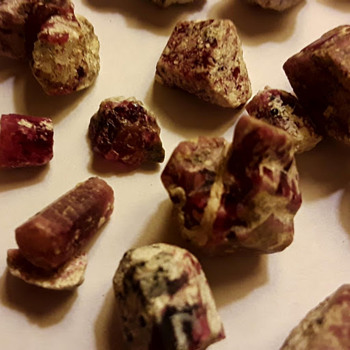 I have had these since 2009, they are Red Beryl rough with gemmy places that have a nice Raspberry color to them. All have host rock and some also contain Goshenite and Hematite. The third picture shows the stones wet.

I got these from a TV jewelry store that is no longer in existence. I was looking for a deal (as always) and saw this listing: FREEBIX. I clicked on it and they were selling Bixbite rough for a penny apiece. I called in and asked for a dollars worth, and after being put on hold time after time while discussions were being had, I was thinking that the listing was an error and they are going to deny the sale. But finally I was told I could purchase that many. And, after thinking about it I called back to get more and was told that they were not selling any more of the rough. I kicked myself for not asking for more the first time.

I got some decent pieces for myself, some nice hexagons and a few pretty large stones that could be made into jewelry for sure. I have thought many times of doing just that as a custom piece or two for myself, but for now the best pieces are put away separate from the others that are still in bags in my dresser drawer. Besides, I would be so mad if I did that and the jeweler messed up, and two thirds of the stones would be lost just to get a small faceted stone anyways. I like them just as they are, if my son wants to do something with them I will leave it to him. They will be his anyways :)

I have seen many sellers on Ebay and other places that are selling Pezzottaite, and they are calling it Red Beryl or Bixbite. It is a newer gemstone, found in Madagascar and Afghanistan and although it is a rare gemstone and can command high prices for a nicely faceted stone, it does not have the same chemical makeup as Red Beryl. Red Beryl is MUCH more valuable than Pezzottaite as well.

I got really lucky in how I got my Red Beryl Bixbite rough, I really do not think I will be able to find this kind of a wonderful opportunity to get more of this gemstone. But you never know :) 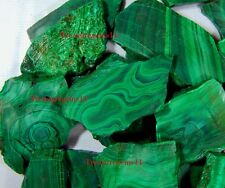