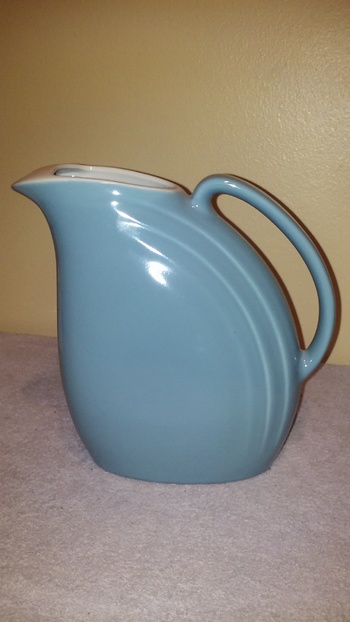 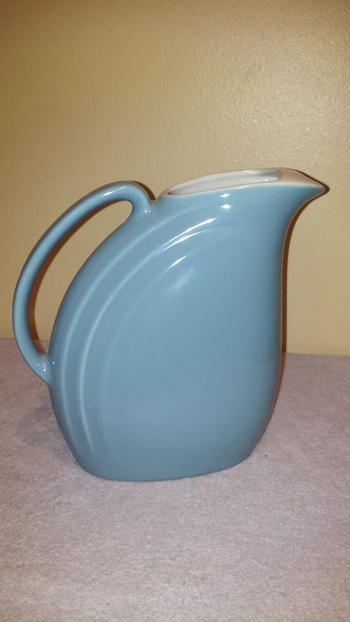 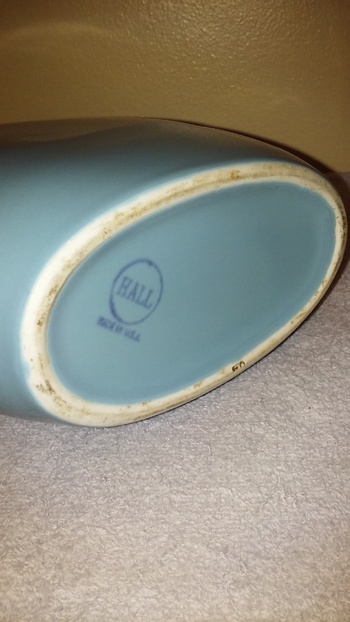 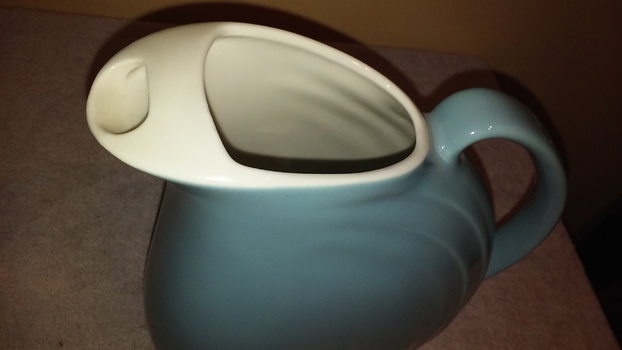 Here's another of today's prizes from the flea market -- I was happy with this one, even before the free stack of 45 records?!!

One more thing that I didn't originally pick up (though again I did look at and think "pretty...") until after my partner started giving the poor lady a bunch of good-natured grief about a mirror he wanted (which wasn't even in her booth?!) while I *was* wandering around her booth meanwhiles, picking up a handful of other little things. ;-) After a few minutes of that, she turned to me asking if there was anything that *I* was interested in...I pointed at this pitcher, and its price tag suddenly became 8 bucks and change instead of 25 bucks and change... ;-)

My first glances at research suggest it was made by the HALL CHINA CO. of Ohio (still in business today?) and is of their "NORA" pattern, probably 1930's-50's vintage. Once I have time to give it a good cleaning, it will probably be returning to is likely intended duty, holding chilled water in my fridge. :-)

If anybody has any further knowledge to share about it, please speak up?!!