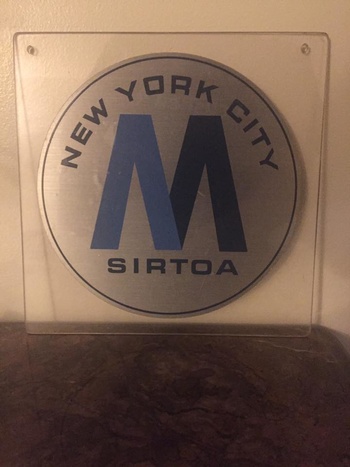 This is an example of NYCMTA decal that dates to the 1970s. It features the duo-colored "M" logo that represented the city's transit system from around 1969 until the 1990s.

What I own here came from the borough of Staten Island in the city of New York. SIRTOA on the bottom of the decal is short for Staten Island Rapid Transit Operating Authority. Today officially known as the Staten Island Railway. The only system isloated from the rest of the railway system in New York City as a whole.