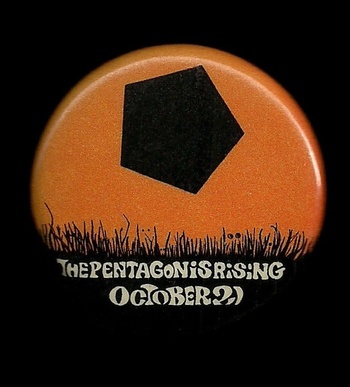 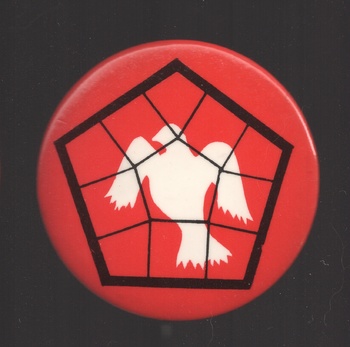 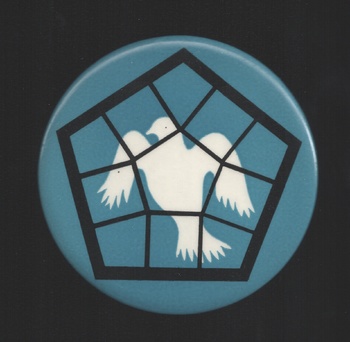 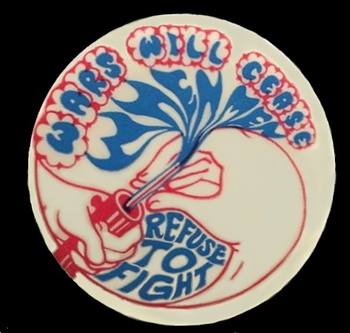 A Merry Christmas CWers, I have returned.

1) The Pentagon is Rising button from Oct.21, 1967
2 & 3) Two of the many other buttons used at the protest, (from a prior post)
4) Kent State button flowers placed in the barrel, first done at the Oct. 67 protest. (from a prior post)
On October 21, 1967, some 70,000 demonstrators came to Washington, D.C. to "Confront the War Makers." where a group of hippies were trying to exorcise the Pentagon. The brainchild of Abbie Hoffman, the plan was for people to sing and chant until it levitated and turned orange, driving out the evil spirits and ending the war in Viet Nam. The Pentagon didn't move. Yes I think LSD was involved LOL This was the first protest where flowers were placed in the rifle barrels of some of the 2,500 federal troops and 200 U.S. marshals, The troops formed a human barricade protecting the Pentagon steps. Ropes also demarcated how close the demonstrators could get. U.S. Marshals arrested anyone who got past the lines of troops, or stepped over the ropes.
Those who wanted to commit civil disobedience repeatedly challenged the line. At one point a couple hundred young demonstrators charged up a vehicle ramp. They were surrounded and eventually removed. A few found an unguarded entrance used by the press and tried to invade the Pentagon. They were physically thrown out, leaving some bruised and bloody. As they bounced down the steps many more rushed up. They too were repulsed, with the help of rifle butts and a little teargas. The crowd around them sang "America the Beautiful."
This protest was also the first of the biannual Anti-War demonstrations to fuse protest with the whimsicality of the counter culture and to take civil disobedience to new levels of confrontation. It would become the prototype for the demonstrations at the 1968 Democratic Convention in Chicago with Pigasus the Immortal (in prior post) -- except that the latter was marred by extensive police violence.
Peace 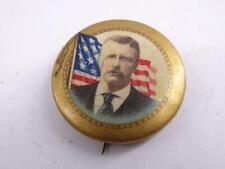 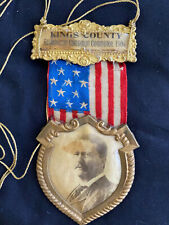 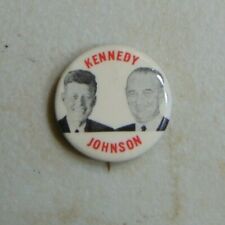