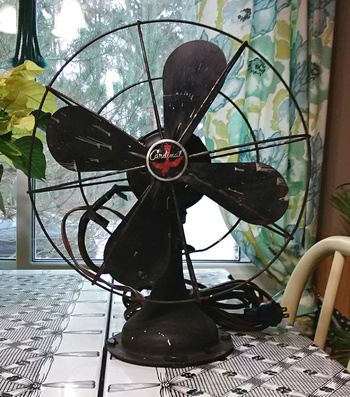 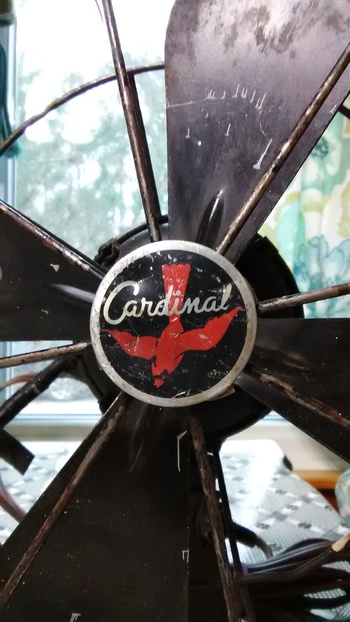 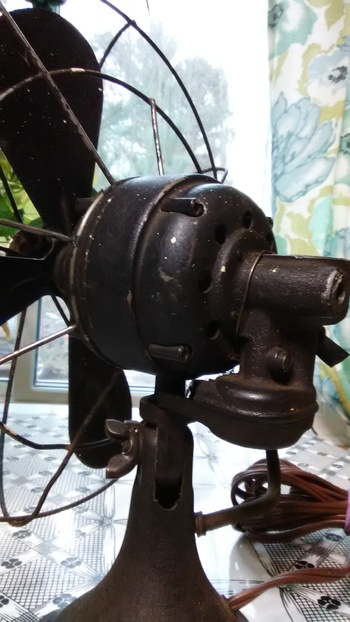 Though I've been fairly ill this past month, I felt pretty good yesterday, so I took a long road-trip to a few cities that I've never been to. At an antique-store in one, I found this vintage fan that I'm guessing is later '30s to early '40s. Right now it won't oscillate, and the blades are fairly locked up, but it did turn over at a speed when the owner plugged it in and it broke free of old oil and potential rust.

Other than a embossed 12 on a metal part, it says nothing anywhere outside except Cardinal as seen on the badge. Not much popped up online, though another one was touted as a Westinghouse product.

As my Polar Cub project ran into unforseen issues beyond my knowledge of repairing :( , I picked this one up instead and hope to see it in good working order eventually-- with a functional oscillating mechanism.

Anyone know much on the Cardinal fan line? 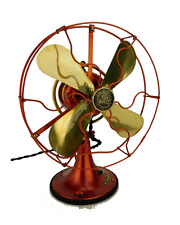 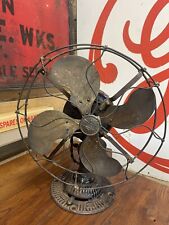 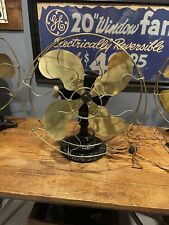