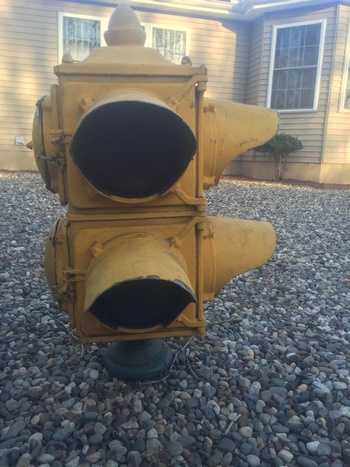 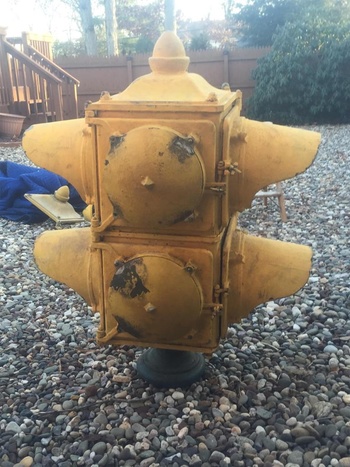 Before standard three-color (red, amber, and green) traffic signals existed, two-color (red and green) traffic signals were once what was considered as the norm for New York City intersections for a large portion of the 20th century. Automatic devices to control traffic became a reality in the Big Apple in the mid-1920s to replace traffic towers, in which police officers manually directed motorists and pedestrians with illuminated signal indications. Several manufacturers of these traffic signals appeared on New York City streets, such as General Eletric, Crouse-Hinds, Ruleta, and Horni. Out of the four, Ruleta and Horni, both once New York City-based companies, were responsible for a large percentage of these vehicular signals to be produced and installed citywide from the late 1920s until the 1940s.

From the factory, the traffic signals themselves were originally black. Years later, in the 1950s, many were repainted dark olive green. Then, after 1962, those that still remained in service were required to be painted yellow per the city's DOT.

Because only red and green signal indications exist here, the original form of caution (amber) called for a dark-out period, in which both indications remained unlit for at least 4 seconds prior to the change from green to red. Then, in 1952, the New York City's DOT revised this original form and devised the overlap. Red overlapped green, and both colors appeared illuminated for two seconds before the green light appeared dark.