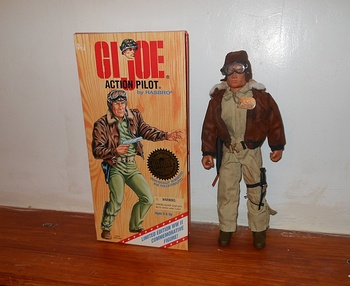 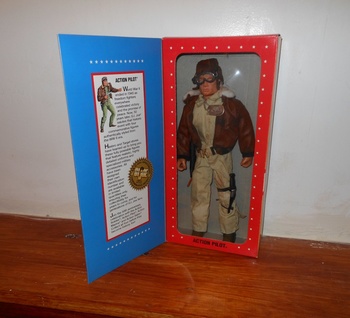 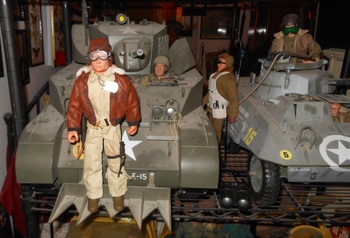 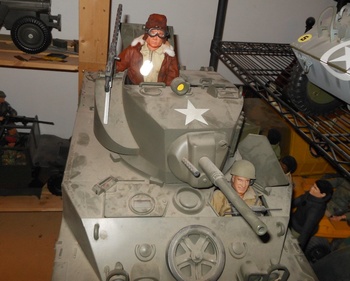 He's an Action Pilot but I thought he would make a good tank commander. Aside from the leather helmet, which is similar to a tanker's helmet he looks like a tank crewman. Come to think of it Sgt Oddball wore a leather helmet. They should have made an Oddball figure, a talking one. "Stop with the negative wave Moriarty." "It's a beautiful tank." "With all the positive waves what could go wrong."
This figure is from the early 1990s as can be seen by the ham fisted hands which combine large size and the inability to hold anything. The .45 colt pistol is also a bit out of scale, it's about twice the size it should have been. But back in the early 1990s Joe collectors were quite happy with these.
Currently he is the vehicle commander of my Ultimate Soldier M5 Stuart. The driver looks like Telly Savalas from the Battle of the Bulge.
Can not find GI Joe in the categories 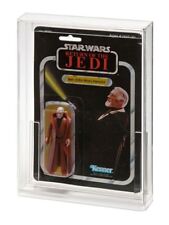