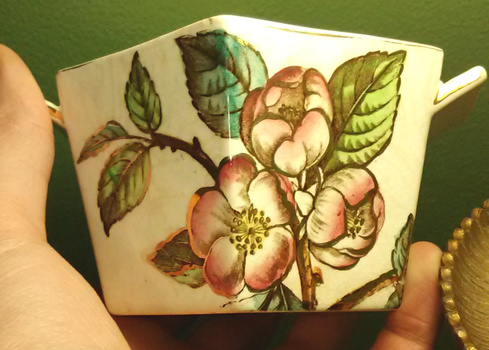 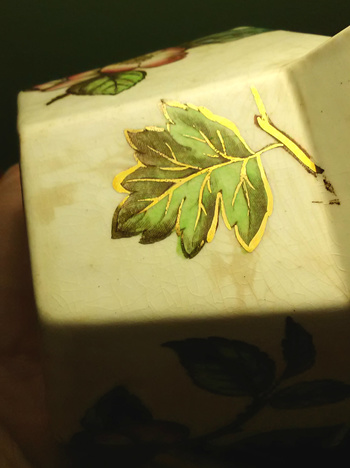 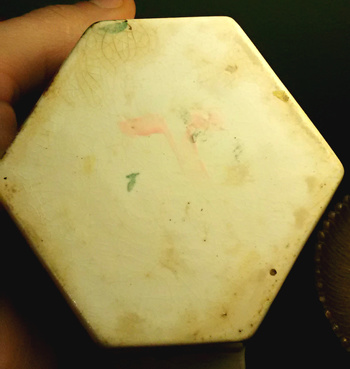 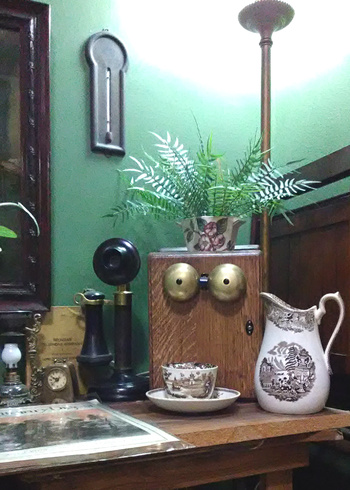 I found this in a thrift-store. The cashier said she had just set it out an hour before and had also admired it. I picked it up for an expensive 99 cents because it appears to have some age to it, though it also looks like someone microwaved it several times due to heat-induced crazing.
The cherry blossoms are coloured transfers (engraved lines still visible, especially on leaves) of high quality and were outlined in gold.
Hexagonal porcelain...? Uncovered sugar dish? No lip for a lid. I use it as a pot for a fake fern as my room has almost no natural light in winter. (See last photo).
Though most transferware doesn't go with my attempted theme, I do like it too much to avoid putting such on display. I think it still all looks good together.
I am having trouble putting a style to it. There are no markings to help me determine period, maker, or origins.