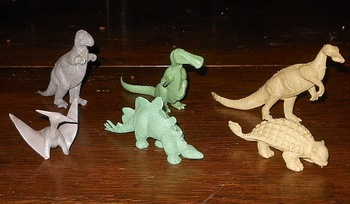 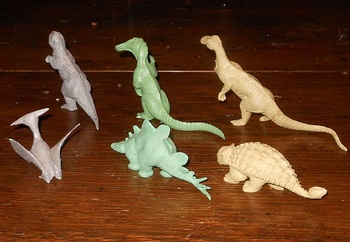 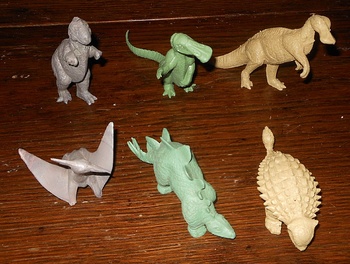 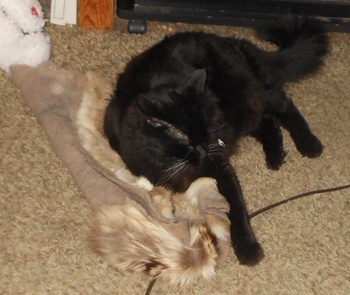 There will be a lot of Marx dinosaurs coming soon so I thought I should get started now. Also a pause between glass posts, I think about 4-5 are in the queue plus two GI Joes.
This is the medium sized dinosaur set and the second set released by Marx in 1955. This was called mold group PL-750 at the Marx factory. The first was the large mold group which was Brontosaurus, Tyrannosaurus and Kronosaurus (actually Plieosaurus).
This group includes Pteranadon, Stegosaurus, Ankylosaurus, Hadrosaurus and Trachodon. Spelling may not be quite right but close enough. I tried to use versions made in the 1950s. The stegosaurus I think is a 1960s version due to the lighter green color.
A small mold group was released next to finish the line of 1950s dinosaurs. In the 1960s some evolve while other go extinct.
In the last photo is proof that my coyote skin rug has been turned into a cat bed.