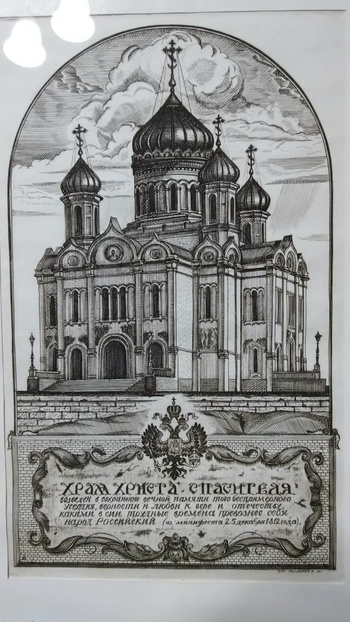 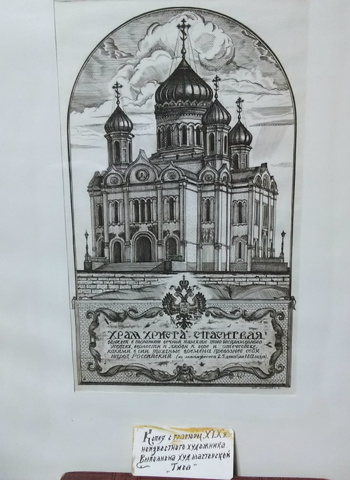 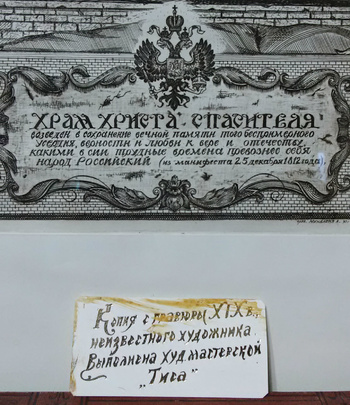 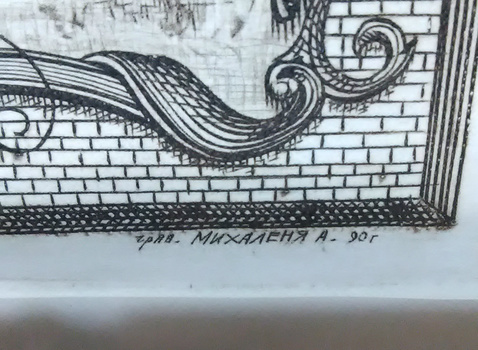 Well, this finally came down to less than the cost of a Subway sub, so I picked it up. I was pretty quickly able to determine that this is an engraving of the Cathedral of Christ the Saviour, commissioned in 1812 Russia and not actually completed till the 1880s. Sadly, it was demolished by Stalin in 1931 to build a memorial to him (reason for demolition given as uneeded luxury and reference to presumed non-existent God-- go figure, as a monument to Stalin who thought of himself as a god is so ironic here).
As another note. Adolf Hitler wanted German Churches to adopt Nazism and modify themselves to its ways. Thankfully, most of them refused.

The Church was rebuilt again in the 1990s as an replica. I'm wondering if this was from when the Church was consecrated in 1882, something made when it was threatened (and subsequently demolished), or made to have it rebuilt? By all means, the engraving and frame appear old, but as it's European I'm not sure on this one. The card was on the back of it.

Who wants to translate for me? I don't have a Cyrillic keyboard.