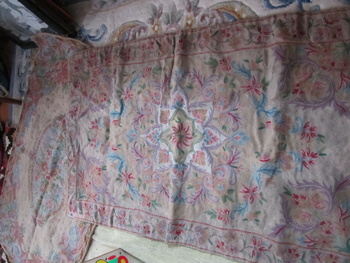 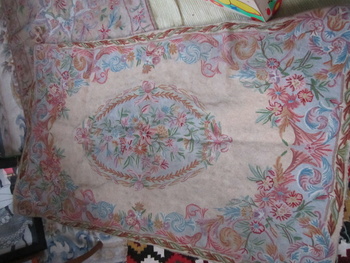 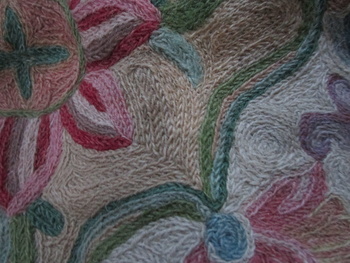 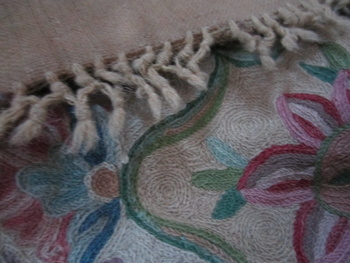 In September a house down the street from us was set to be demolished, still with a bunch of stuff in it, so I begged the contractor & property-owner to let me go in and scavenge fixtures/whatever, before everything wound up in the dump. I rescued a bunch of great stuff, including these rugs, which are unlike any other embroidery I've seen before - these are made entirely with what I think are called a chain-stitch (?), and a separate flat burlap/jute (?) backing. I have been trying to figure out where they may have originated, so if anybody has any ideas I'd love some feedback!