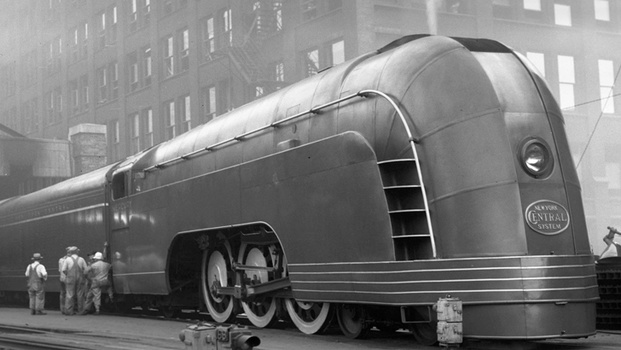 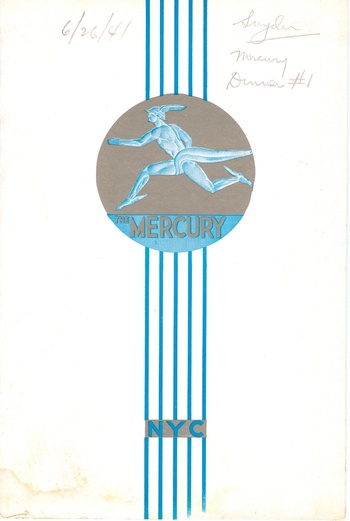 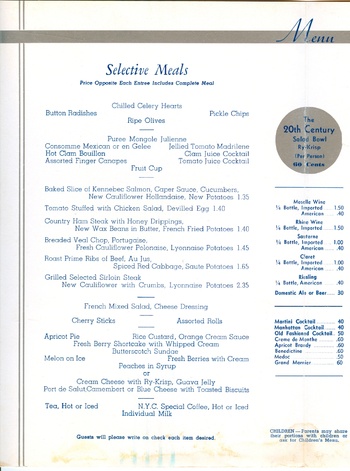 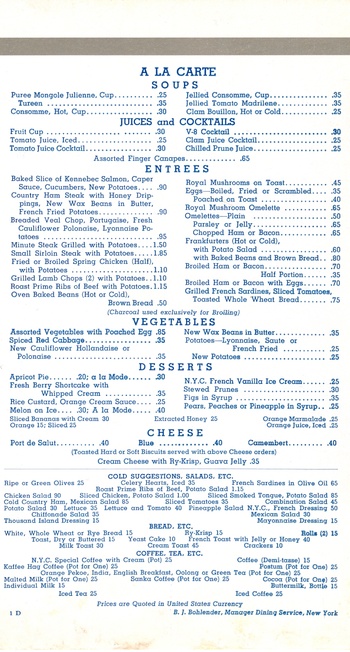 Mercury--The God of Speed. Mercury was a very popular symbol of the New York Central. He appears over the outside clock of Grand Central Terminal. In 1936 the NYC started a new train service between Cleveland and Detroit. The train was given the name The Mercury, and was one of the earliest streamline jobs applied to NYC steam locomotives. The train was a symbol of speed and elegance. Featured here is a menu from The Mercury from 1941. The variety of food available on this train was amazing. I have a vast collection of menus from many railroads. This is the most complex one I have ever seen. The Mercury lasted until the 1950's.