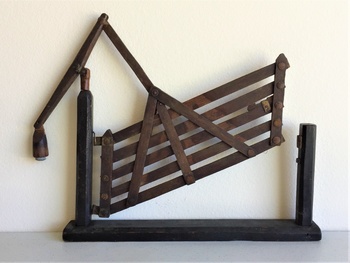 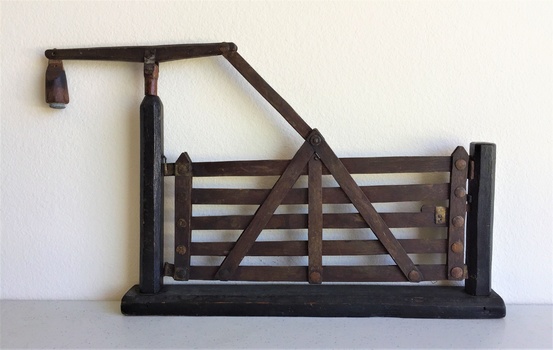 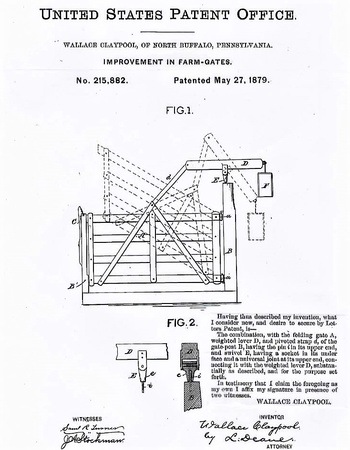 Wallace Claypool, of North Buffalo, Pennsylvania received patent no. 215,882 on May 27, 1879 for an improved farm gate that is an improvement over a previously patented gate. His new invention features a swivel that is composed of a bolt fixed in the top of the post and the cap of the pivot fits over the bolt. The previously patented gate features a pivot with a pin that fits into a hole in the top of the gate post. Claypool claims his invention is better since rain water can't get in the hole of the gate post creating wear on the post. Obviously the Patent Office agreed. Search for patent number US199341A and I think you will agree that this is most likely the earlier patent Mr. Claypool is referencing. Sometimes inventors include the referenced patent number in their specification.