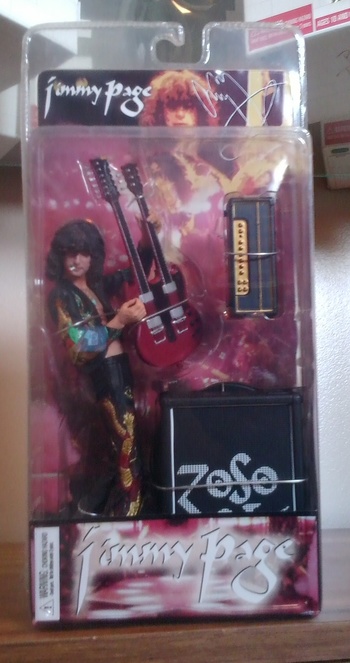 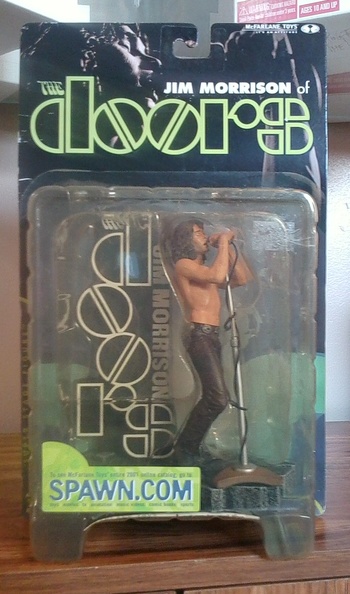 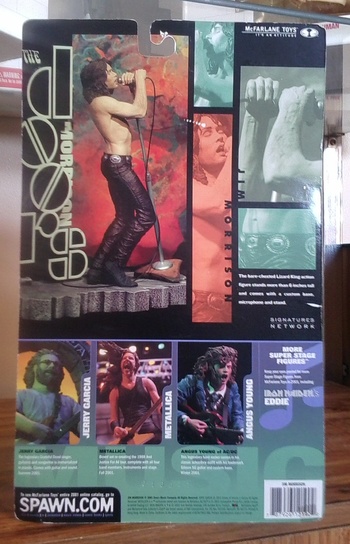 Here is the last post of my Rock figures. Jimi Page & Jim Morrison:

1st born James Patrick Page 1-9-44 in England. Most famous as the guitar god and founder of Led Zeppelin. Hard thumpin blues/rock band who stormtrooped thru the 70's music scene. He also played in the Yardbirds before forming Zeppelin. He has done many other things since the breakup of Zeppelin in 1980 after the death of John Bohnam(drummer). One gig was the band 'The Firm' with Paul Rodgers on vocals. Seen that band twice in the mid 80's. He is 74 yr old and still rockin. This figure is from 'Classicberry Limited 2006'.

2nd born James Douglass Morrison 12-8-43 and passed on 6-3-71. Famous singer/songwriter/poet for the band 'The Doors' Known for his trippy lyrics and iconic stage presence. He is regarded as one of the best frontmen in rock history. The band has lot's of hit radio tunes as well as a plethora of deep cuts that are more in the vain of a good acid trip. Robbie Kreger their guitarist has toured many times solo, and I have had the pleasure of seeing and meeting him several times. Another 'McFarlane' figure from 2001.

Thanx for Rockin again with me! 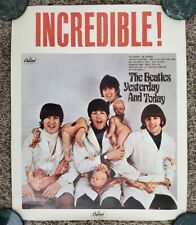 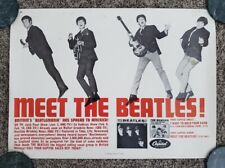 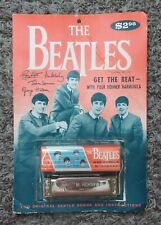