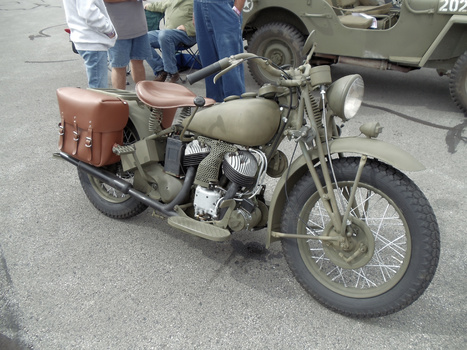 This old Indian was part of a WWII reenactment @ a local air show held in the Summer.

As did most manufacturers, Indian had to cut domestic production, and take contracts for the war effort. This greased the skids for Indian's demise, as the government negated the contracts after The War. This led to loss of revenue, which Indian could have used to retool for the peacetime market.

Having dollars to rebuild Europe and Asia following the end of hostilities, and having nothing to aid companies that helped in the war effort doesn't seem right.