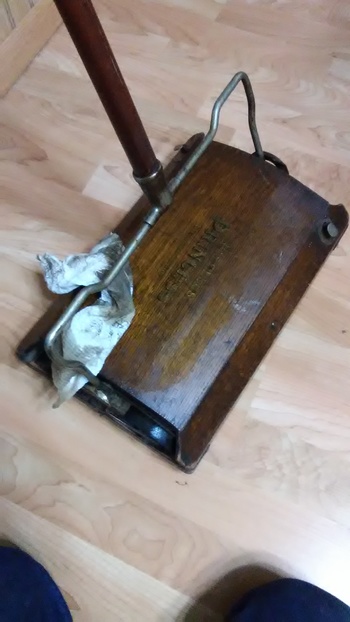 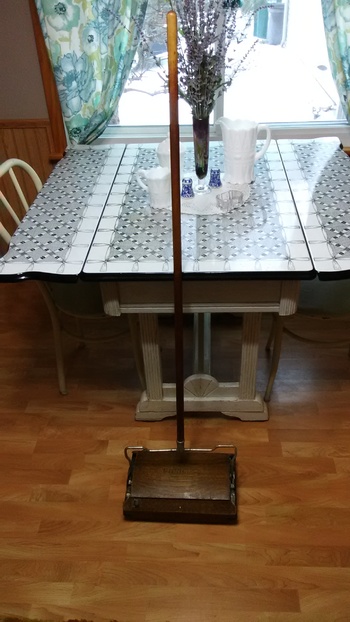 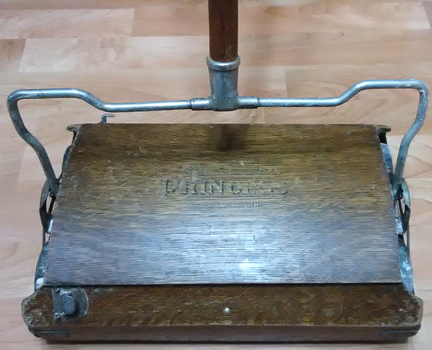 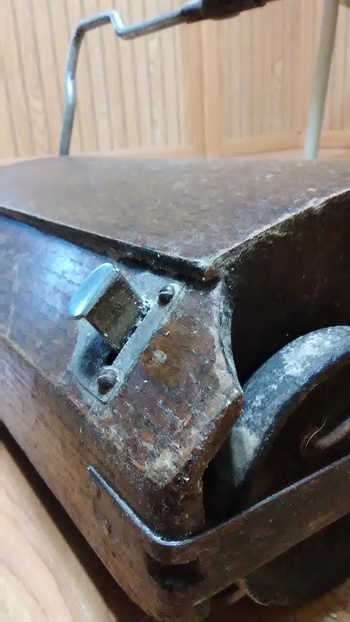 One of the women at my favourite charity shops asked me, "Did you see the carpet sweeper?" Having not, I shook my head and she pointed me to a support column this was behind (amid the clothing aisles, no less). It was so disgustingly dirty-- grime and dust-- that you could barely read Bissell's Princess, and you couldn't at all read Cyco Bearing on it. I related that I'd seen ads for it while researching other items (ads from the very early 1900s (1900-1920s period)), and bought it for a few dollars.
Upon getting it home, I wiped the dust off and opened the traps where much debris still remained. I then began using a cleaner and baking soda on it to try and get rid of the grime, only then realising it wasn't stained Mission Brown but more of a deep golden oak. LOL.
I'm still not done cleaning it but will have to use water outside when the weather warms up.
It works alright. It needs lubed, as it squeaks and fights, but it still seems to work. Whomever had it used it quite a bit and had pets at some point, judging from excessive wear to the finish.
From my research, Bissell's "Cyco Bearing" technology is advertised at least as far back as 1898. Bissell's "Princess" model appears at least as far back as 1907. A 1931 ad reports the new "modish" transformation given to the Princess and other models, including Chromium-plated hardware. Mine has normal Nickel-plated and black hardware. The screws appear to be correct for a 1910s item.
Bissell formed out of Grand Rapids, Michigan, a neighbouring city; thus, it's also a semi-local carpet sweeper.