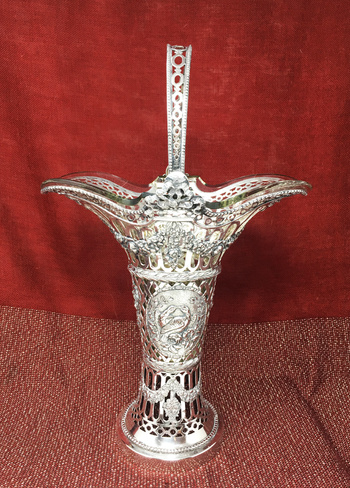 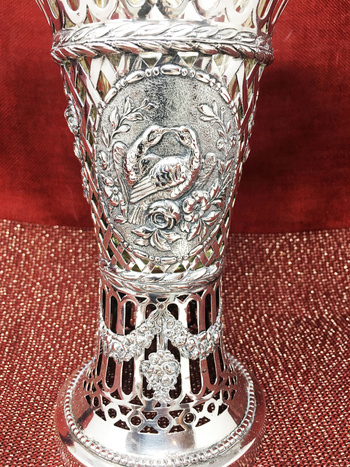 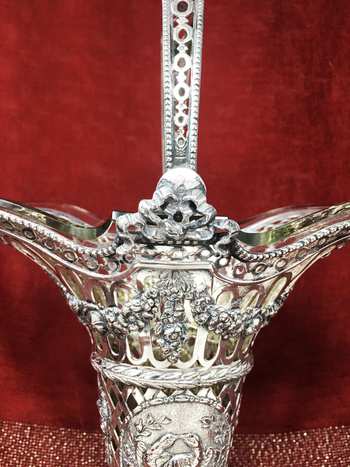 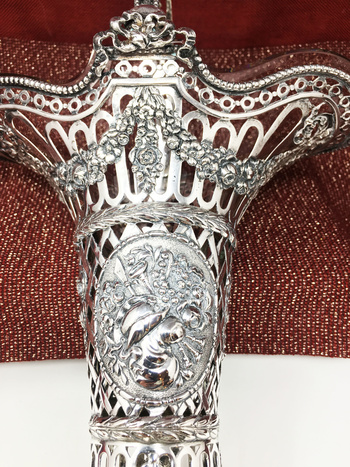 The history of Hanau Silver is a fascinating one, that has its roots in the late 15th century when the City fathers began to lure Masters from other parts of Germany and other foreign countries such as the Netherlands to increase their economic base. The years 1600-1800 brought a lot of economic ups and downs, and it wasn't until the early 1800's that the silver industry in Hanau began to flourish, mostly having to do with the success of Johann Schleissner.

It was Schleissner's son Daniel who took a keen interest in the renaissance, baroque and rococo periods, and studied many private and public collections of genuine old silver, acquiring an intimate knowledge of the style of these periods. He became the driving force behind the production of silver in the antique style in Hanau.

Hanau Silver was also known (infamously) for skirting the German Hallmark laws, especially when exporting to other countries.

The piece you are viewing was made by L. Neresheimer & Co. (established 1903), who were known for their careful and artistic copying of the Old Masters and their style. This wonderful and ornate Bridal Basket features pierced silver (lattice) with floral repousse and 2 medallions depicting love birds on one side, and bag pipes on the other. The piece is Hallmarked with Neresheimer "N" in a shield, the number "13" indicating a lot purity of .812 (13/16) silver and marked Germany. The interior of the bottom rim is engraved "H. H. Battle 33", which we have identified as a Philadelphia Florist from the early 1900's. The insert is a flared handblown glass with beveled rims.