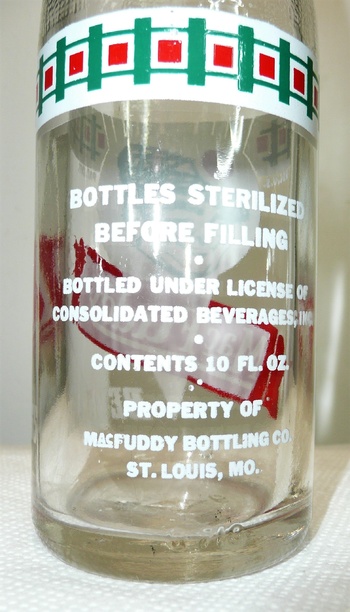 I have two of these 10 oz. three color Mac Fuddy soda bottles, dated 1941 that were bottled in St. Louis, Missouri. I have not found any reference to where they were located and/or which big bottling company in St. Louis bottled this soda. I did see this same 3 color version that was bottled in Michigan. One in Flint and I believe the other Detroit. I also seen online that there was a two color, green and white, bottled in Pittsburgh, Pennsylvania.
My question is, does anyone know where Mac Fuddy originated. (The franchise city/state)? or if they were bottled nationwide?