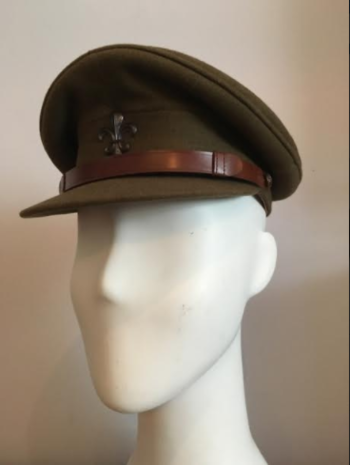 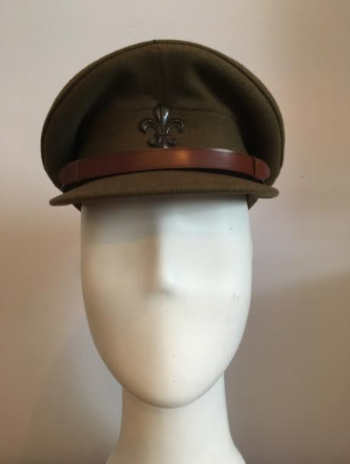 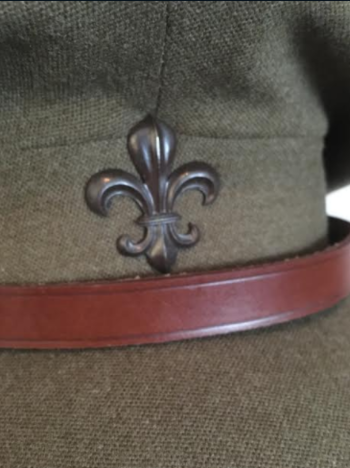 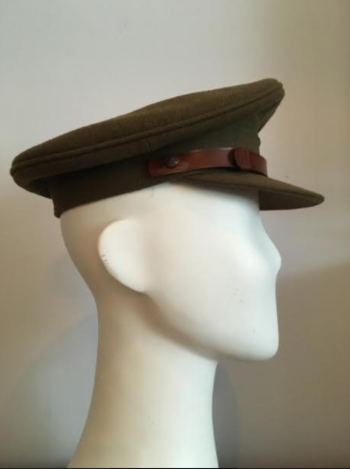 A very nice and tidy Officer's Service Dress Cap to the Manchester Regiment. The cap is in very good condition for its age and has no major stains or moth damage. To the front of the cap is a nice leather chinstrap in great condition and above that a Manchester Regiment badge that was used in WWII which was the fleur de lis. Holding the chinstrap to the cap are one general service button per side, both have King's Crowns.

To the interior of the cap is the manufacturer - "Rowan's". The cap is not named or dated unfortunately, however it is from the WWII period.

This cap looks and displays really nice, and conveys the image of the cap of a British Army Officer from this period. Overall a really nice and clean British Officer's Service Dress Cap to the Manchester Regiment.