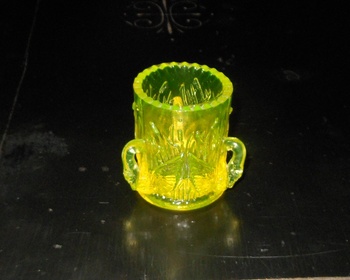 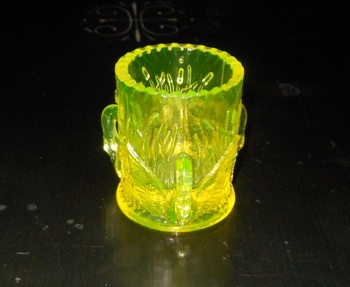 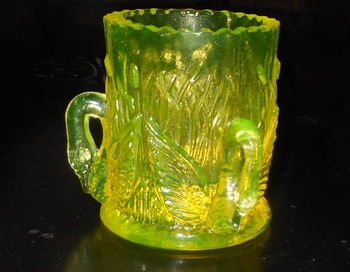 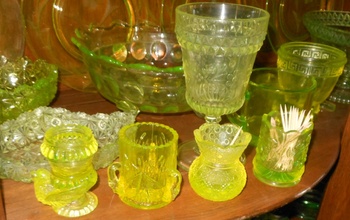 I had forgotten about this piece and had not taken a good look at it. Turns out to be an interesting piece as each of the three handles is a swan neck and head. In photo 3 the swan wings can clearly be seen. Looks like reeds and cat tails in the background.
On the underside is the Westmoreland mark which is a W superimposed on a G. I should have gotten a photo of that. Perhaps later I can add that. That maker's mark was used from 1949-1984. The company was sold for $75,000 in 1984 which what a tract home would cost at the time. A rather sad end to a fine company. I fear that happened to many of the companies for the items we collect.
Wrapping it up with a shot of all four of my Vaseline glass toothpick holders. I think this one is my favorite.