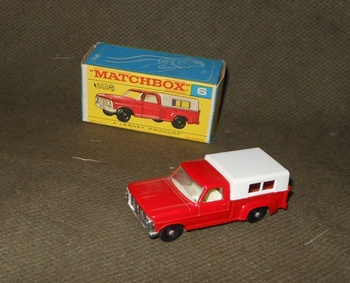 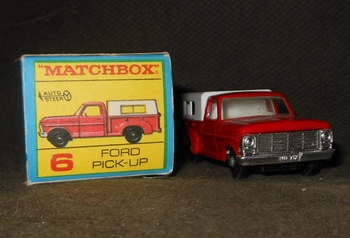 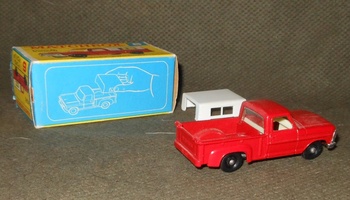 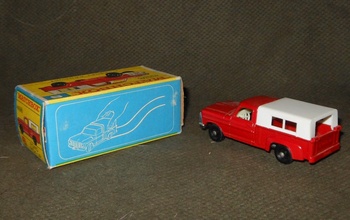 OK not mega metal as this one has a plastic grill and camper shell. Camper shells used to be very popular but do not see them around much lately.
I didn't know this but this is one of my more valuable models. Actually I had a feeling it was as it was only released in the regular wheels version from 1968-1969 and I don't think it was for the full two years. I think it was released mid 1968 or possibly 1969 as it is not in my 1968 catalog. I do web research on these cars and then check my catalogs and they do not always match.
Also there is conflicting information on if F style boxes like this were released in 168 or 1969. There can be big arguments over minutia such as this among collectors.
As for the model it looks a pre 1968 truck. Still has a bit of the step side look with the wheel wells appearing on the outside walls. A Ford truck from 1968 did not have that. I think it is a good look myself.
In photo #3 the box shows that the plastic camper shell is removable. I think it looks better without it myself.