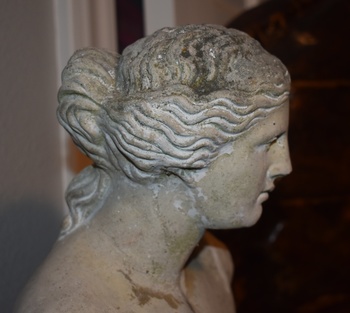 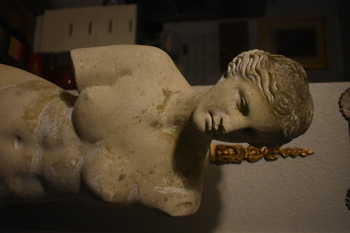 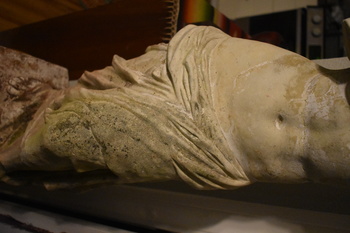 the original of this statue was found in the Mediterranean off a Greek Isle in 1820. It was given to King Louie, who then donated it to the Louvre. It was a big hit then and has never ceased to be a big hit w/ people around the world. But there were certain key points when it was de rigeur to own a copy of it and put it in your beautiful garden: in the 1820s/1830s, again in the 1870s, 1920s and 1970s. By the patina and large lichens, i would guess this was from the 1920s or maybe earlier. what do you think?

i don't understand why the glitch in CW that does not make it possible to post photos upright has not been fixed yet. it makes it pointless to post here imho.