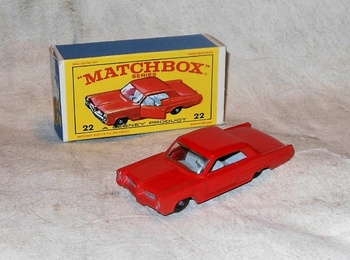 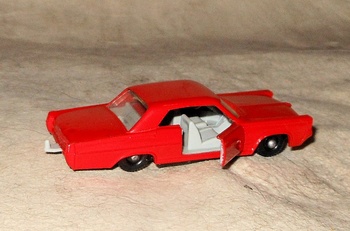 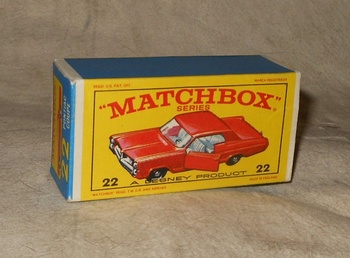 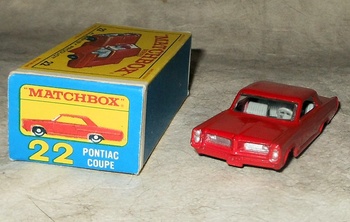 Another eBay purchase where I defeated a sniper. Smacked into my reasonable previously placed high bid and came up short. Take that sniper!
I have wanted to upgrade my loose version of this model with a nicer boxed model and found this one. It is the Pontiac Grand Prix MB-22. It was first released in 1965 and lasted into 1970 when it suffered the ignoble fate of being painted purple. This one has the E style box which was used until 1968 placing this one from 1965-1968. Usually I can narrow it down further but this will have to do.
This is one of my favorite models and perhaps others will like it too.