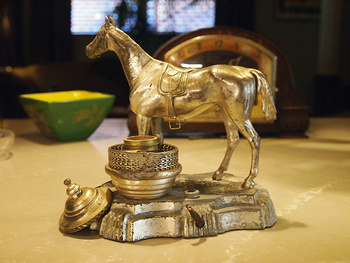 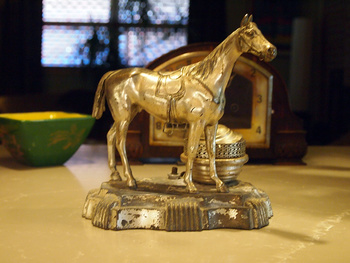 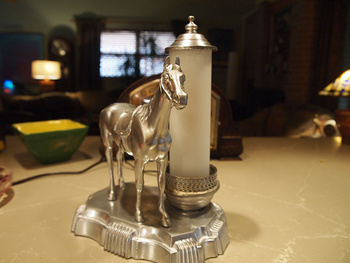 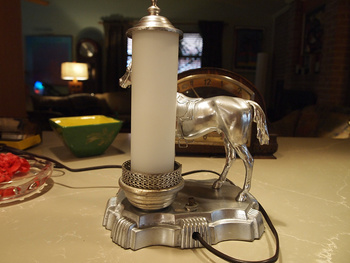 This little horse lamp was a freebie. I found him in a box while walking my dog on the curb destined for the bulk trash collector, but I intervened and beat them to him. When I found him I wasn't sure the lid or finial was part of the lamp. The lamp was in sorry shape, at one time it had been silver plated but the plate had worn off in most places, the lamp's wire had been cut off so I had to rewire the lamp. Originally I thought the lamp was younger but when replacing the wiring I found a porcelain/ceramic socket connector, it was in good shape so I reused it and attached the new cord to it. The tube in pictures 3 and 4 is a temporary fix until I find a torpedo or bullet globe to fit it, but this is pretty much how it looked. I liked the waterfall motifs on the base also. His stirrups on his saddle are a neat feature also they dangle. There are no manufacturers marks on him. A little buffing to make him shiny and he'a a keeper.