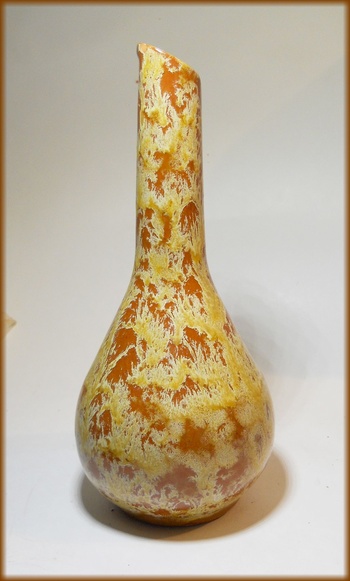 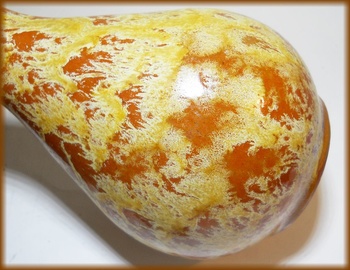 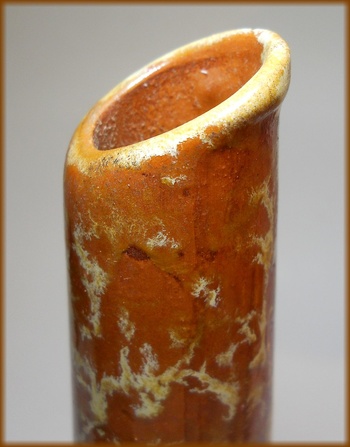 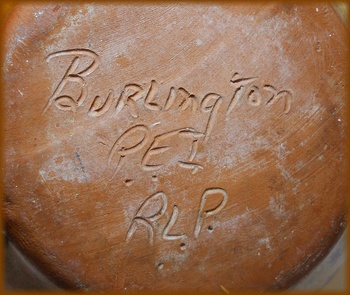 Vintage Prince Edward Island - RLP - Burlington Pottery. A first for me too. Caught my eye the design on it, and thought it might have some age. Had to look up info on it but this is what I found.
Thanks for LOOKING / LOVING !!

""Ruth and Leigh Paynter, of Burlington Pottery in Burlington PEI, played a pivotal role in establishing the handcraft industry in the North Shore tourist region during the 1960's. Located on the family farm which was next to Woodleigh Replicas, a British theme park with scaled down castles and gardens which was once the largest tourist attraction west of the Cavendish-National Park region, they had sufficient traffic during the summer to establish a viable business on the family farm with visitor traffic coming and going to Woodleigh.........

....The work of the Paynters included both wheel thrown, hand-built construction, and some that was slip cast as well using moulds that they designed. All the work was in a red earthenware clay body, typical of native clay bodies on the Island. Ruth signed her work with both the studio name and PEI as well as her three initials RLP.

Their glaze experimentation was most notable and many of their glazes continue to impress potters today.

Ruth in retirement, was a respected local historian and author of From the Top of the Hill. A chapter of the book was later published in the Island Magazine as Here Comes the Travellin' Man. A talented woman with a rich memory and generous spirit she passed away peacefully in 2009.

PAYNTER - Ruth L. (Moase) of Clinton and formerly of Burlington on Nov 26th, 2009 at age 92. Born in New Annan, the daughter of the late Harry and Mary (Burrows) Moase. Wife of the late Leigh M. Paynter """ 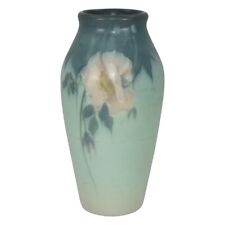 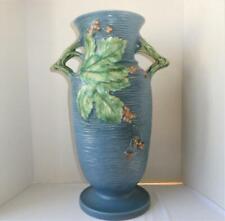