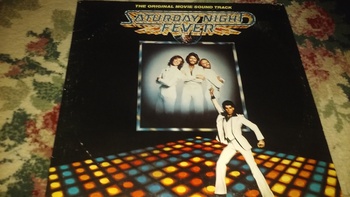 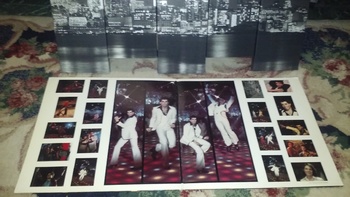 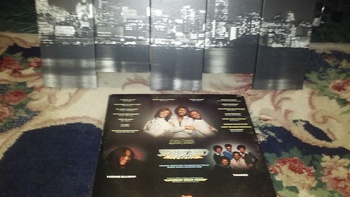 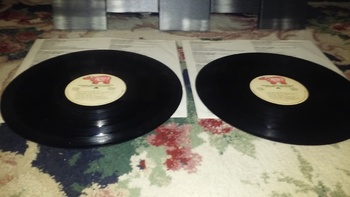 Hello All And Today, for now, is the last installation of Soundtrack Week, and it might as well be, since its 1977 release, to this Date, The all time #1 selling Soundtrack Album....It really was a cultural revolution..
The concept was the brainchild of Mr. Robert Stigwood, record producer, who saw into the future some and put the Music of Disco to a Worldwide level..
Beginning in mostly 1975, every so often a Disco record would appear, like the ditty, 'Car Wash', by Rolls Royce and another song, the one to catch Stigwoods attention..'Jive Talkin', by The Bee Gees.
He contacts the Brothers Gibb, with their falsetto vocals, and propelled them to even greater fame than ever before.
Robert also recruited, from the TV series, 'Welcome Back Kotter', Actor, Mr. John Travolta and set him to dancing.
Besides The Bee Gees, other performers on this were K.C. Finch and his Sunshine Band, with the song, 'Boogie Shoes',..The Tavares, doing, 'More Than A Woman'(Also on here by the Gibb Bros.)
Walter Murphy's, 'A Fifth Of Beethoven'..Yvonne Elliman with, If I Can't Have You' and others.
Notice at the top of front cover, This is the original release..there were two..the second release does not contain the song, 'Jive Talkin'...This one does.
The film was released by Paramount Pictures.
Culturally..Disco did not care about race, ethnicity, religion, etc...All were Dancing...and Together!!