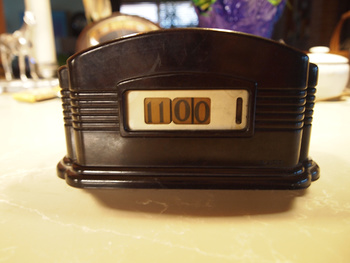 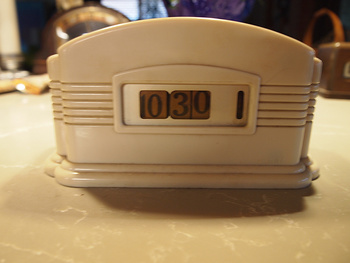 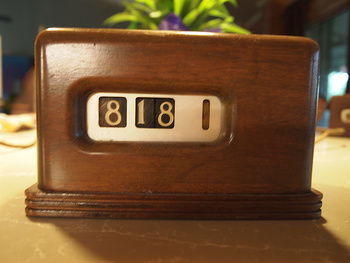 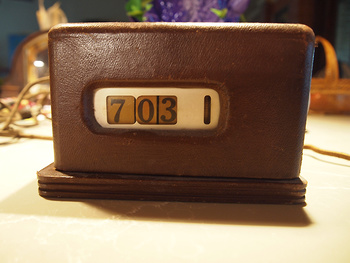 Barr originally manufactured typewriters, calculators, battery driven clocks, and small appliances in Weedsport, N.Y. Barr began manufacturing in 1937 when they bought the Poole Manufacturing Co. which had failed in 1934. Barr Manufacturing made at least three known digital models, wooden mahogany case model, Bakelite models that had an attractive streamlined look and came in black, brown and white, and a leather wrapped case model.

Barr digital clocks are somewhat uncommon and more uncommon in working condition. Barr's mechanism was unique. The wheels were metal and interlocked via gear teeth on the inside of the wheels. If disassembled it is nearly impossible reassemble them.
Some of Barr’s digital clocks featured printed numbers on plain paper which was glued to the wheels. The wheels featured both positive, black numbers on a white background and negative white numbers on a black background. The older positive number clocks are hard to read in some cases, because the wheels tended to yellow with age making them almost illegible.

The Barr Manufacturing buildings were sold at auction in 1948.
Edwin M. Goldsmith, Jr. was the inventor of Barr’s mechanism. 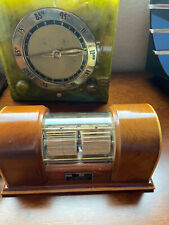 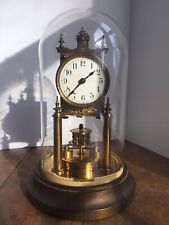 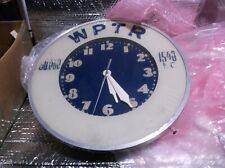 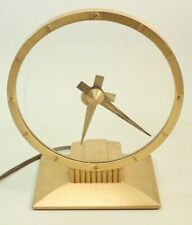