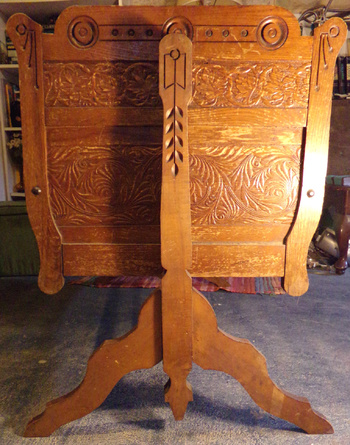 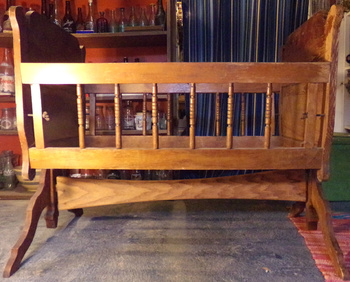 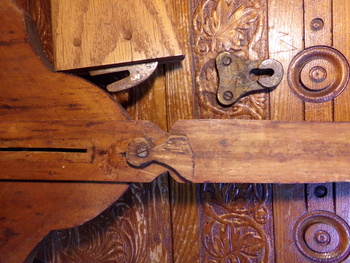 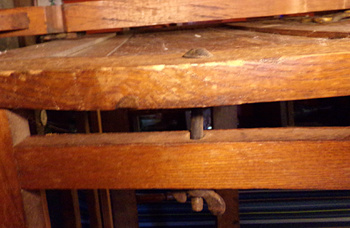 I have been cleaning the basement, and I removed this from storage under some shelves (for the last seven years, its held blankets and coats LOL).
One might say I've always been into antiques-- for this was the rocking crib my mother put me in when I was a child. It's been in our family for many decades, though the desire of my post is to have someone tell me exactly when it is from.
Interestingly, the same day I took these photos, I also found a floppy disc with a note attached. Apparently, while we were financially ruined years ago, my mother had tried to consign this and a few other items to a major auction-house. The note said they declined, and they called them decorator items. LOL.
While I understand why she tried selling them (we did lose pretty much everything of value-- family heirlooms notwithstanding-- during my childhood), I am glad the auction-house wasn't interested.
The crib is solid wood-- Maple, I think, due to its light weight and colour beneath the peeling varnish. It does have a bed with it, but I know that was replaced when I was born as my mother wanted me to have something sanitary and more comfortable. So, I don't know what the mattress was made of.
Interestingly, the lock-shaped pieces that mount the legs to the crib are not made of metal. I'm not sure what they're made of. It's dense and strong, but I am not willing to damage it to figure out if it's a wood-product or not.
Not much is put together with screws-- you see the big screw and wing-nut. There's only four of those. Then there are a few other visible screws. There's no glue that I can see, either, but I haven't tried pulling it apart to figure out how it is constructed in the sockets. (I'm not sure if it meets all of today's standards. LOL).
So, I am hoping someone can give me a reliable estimate of age. The style looks later Victorian, but, as we should all know, a style can be made any time after it first arose.