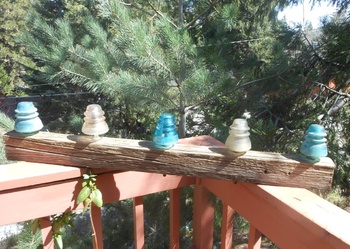 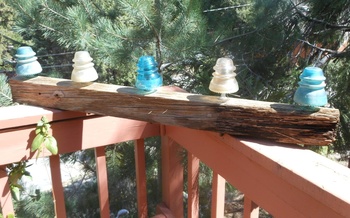 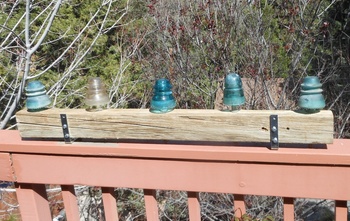 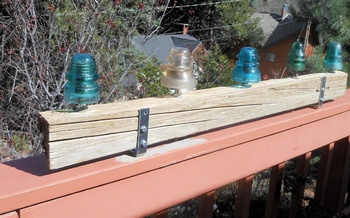 I have been wanting something like this for displaying insulators for a bit. So this crossbar with mountings for 5 insulators seemed to be the thing. Plus it came with 5 Hemingray Model 42 insulators aka CD 154. These are very common but not a problem as I have many more insulators to display on it.
To back up a bit these insulators were made from 1921-1960s. so this piece of wood comes from somewhere from this period. It's been outside for at least 50 years which is a nice way to get that distressed look. It starts getting a lot more distressed after 100 years. Some of the insulators on it suffered a bit too much distress although a couple are nice and clear. As I mentioned before I have some others so I switched out a few.
I have bolted it to the railing of my deck in the spot that gets the most light. Note that I would not hire me as a handy man. Took me 3 trips to the hardware store. Yes I know measure twice cut once. But anyway do not hire me as a handy man. 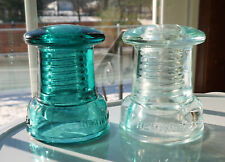 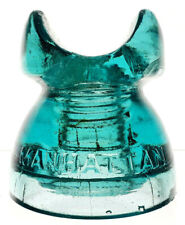