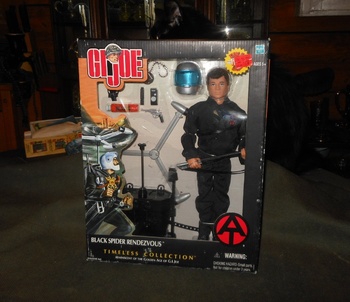 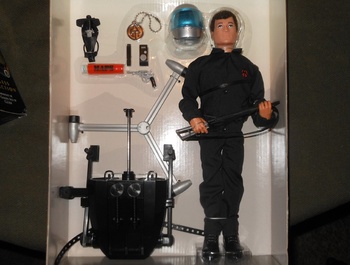 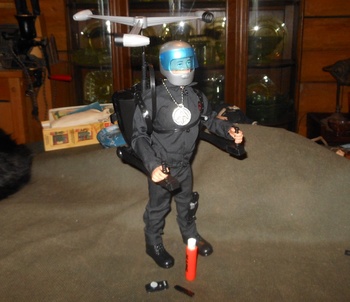 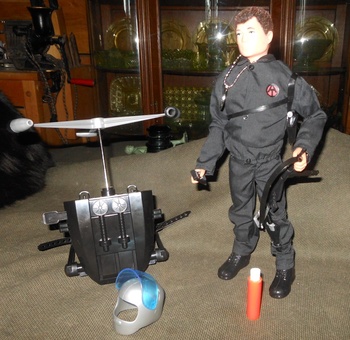 It was a big action figure day at the Rose Bowl as I got two GI Joes and a Stoney Smith. This is one of the GI Joes, it is the Black Spider Rendezvous from the 2002 reissue Timeless series.
The set is made up from three different Adventure Team sets from the 197s. The Turbo Copter, Infiltration and Aerial Recon. Plus a few pieces were from sets in the 1960s. The shoulder holster and pistol from the French Resistance Fighter and the Sten gun from the British Commando and so on.
The Black Spider is apparently an operative with whom our Man of Action/GI Joe is supposed to meet. To be subtle the Adventure team uses a subtle piece of equipment such as this jet powered helicopter. Small jet engines at the end of the propeller blades power it. That is true with all Adventure Team helicopters.
Generally I collect the military era but sets like these are inexpensive and fun.