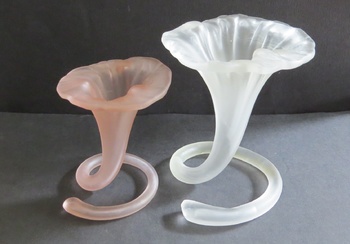 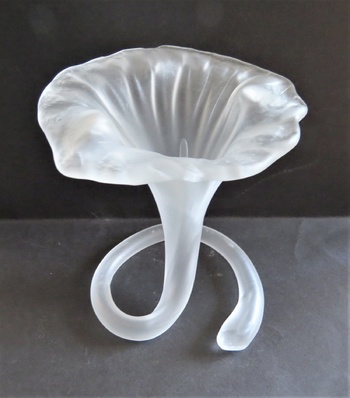 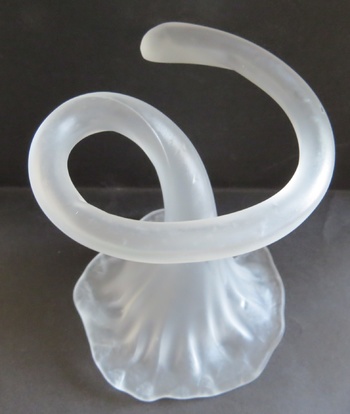 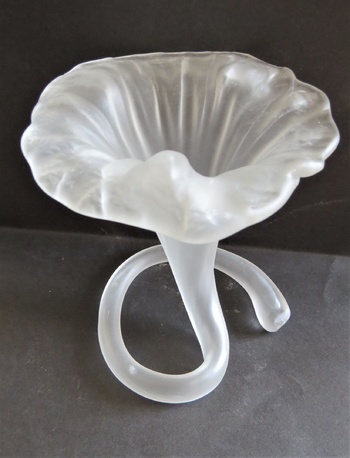 I spotted this pretty flower shaped vase in a charity shop last week, but didn't get it (hubby was hovering!), but I thought I would look for it today and found it had been downgraded to the 25p box outside! I've washed it and it looks really nice now, with a slight iridescent frosted look to it. Its probably hand blown, but I have no idea where and when it's from? I've found a few similar online, but they havn't been identified as to what they are.