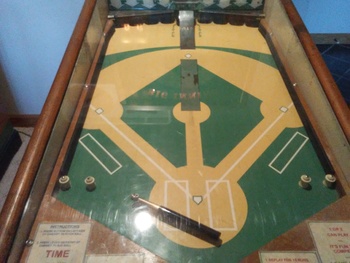 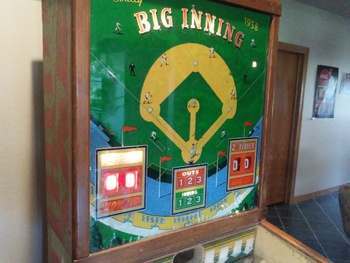 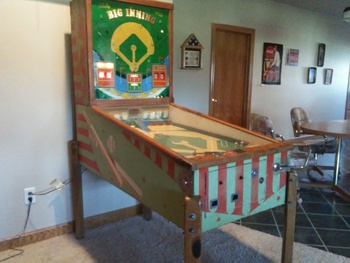 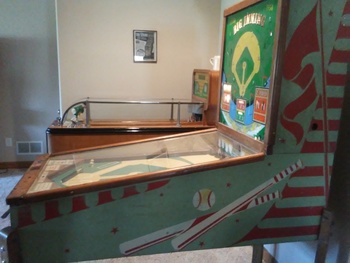 Pitch & bat were always one of more favorite arcade games. Picked up this one none working last year, this winter which has been going on forever gave me enough time to get it running. Ended up putting in a new gear motor for the pitching arm, the original had chips in the gear teeth. Which was probably be a common problem for this model of machine as the type of gear motor that was used. The motor would get spinning, then slam into the next gear, which would toss the ball. This was replace with a worm drive motor, no more jamming the gears..