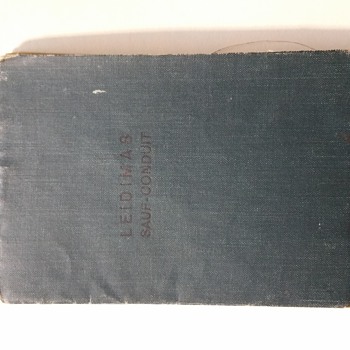 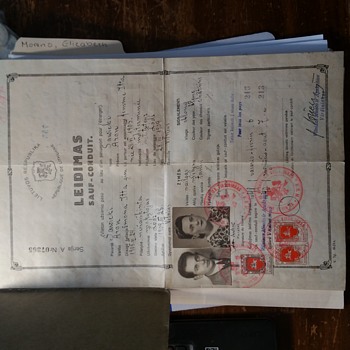 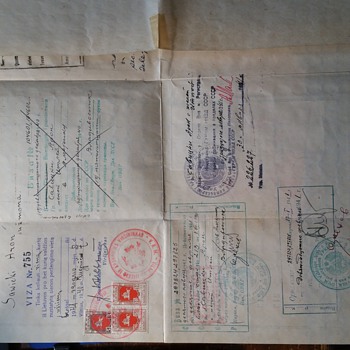 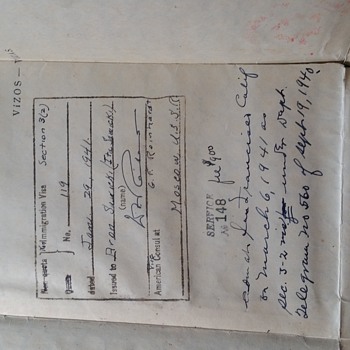 Fantastic safe conduct passport for a (Polish) couple leaving Vilnius in 1940 good through 1941. A Non immigrant visa #119 for Aaron and Ita Savitski was issued in the US embassy in Moscow on 29 January 1941 by Vice Consul Reinhardt. The couple transited through to the port of Vladivostok traveling via ship to America landing in San Francisco in March 1941. There is also an KVD registration of foreigners travelling within the USSR as one of the stamps displayed-> good until 30 March 1941 (#226/227). A Transit Visa number 104601/02 allowed outbound transit from Vilnius to the USSR dated 19 December thru to the 30th 1940. Another Transit Visa is issued 297824/25 in August 1940 good for one year to transit across the USSR.
Absolutely fabulous!