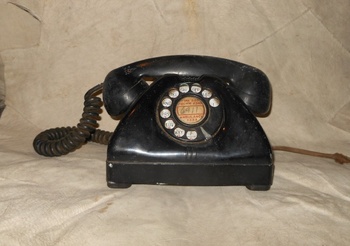 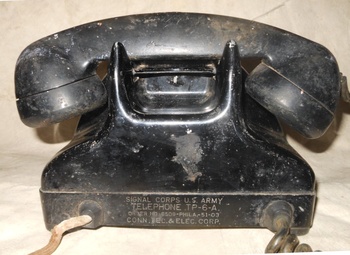 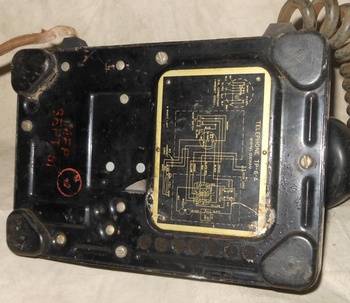 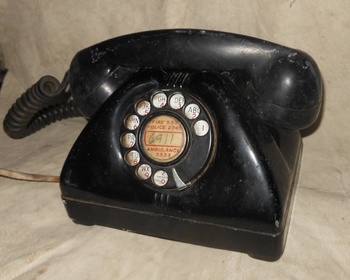 Taking a time out from the toys with a telephone. This is TP-6-A Connecticut etc just as it says in the title aka "The Toaster". It is called The Toaster due to its size and shape. I am now in fact a member of the Toaster club apparently because I have this phone.
Apparently all the information about this phone is printed on the telephone aside from the date. The date apparently is mid to late 1940s and it was used in the 1950s.
As this is a US Army telephone it is a bit robust. In fact it weighs about 6 and 1/2 pounds. Does not appear to be a field phone but built like a tank. Noting on the underside it has the schematic. That is something the wood wall phones had, the Bell Model 500 not so much. Don't think anything happened to these phones anyway as they always seem to work. I have no way to test this one as I ironically have no land line. At least 8 phones in here go figure.