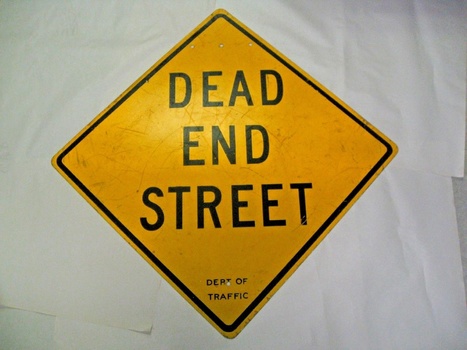 Such signs today in New York City are few and far between, as many were replaced with modern 36x36 "DEAD END" signs.