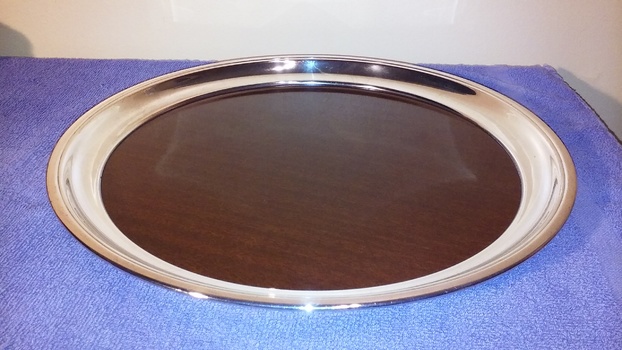 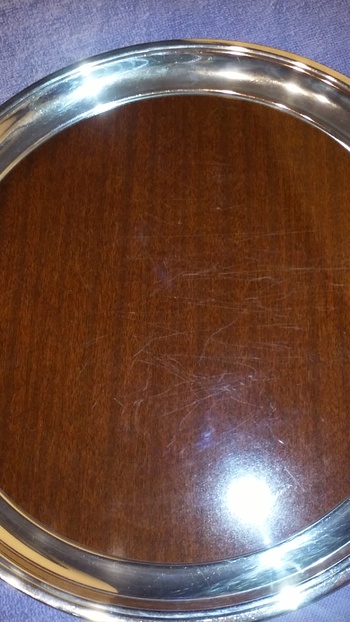 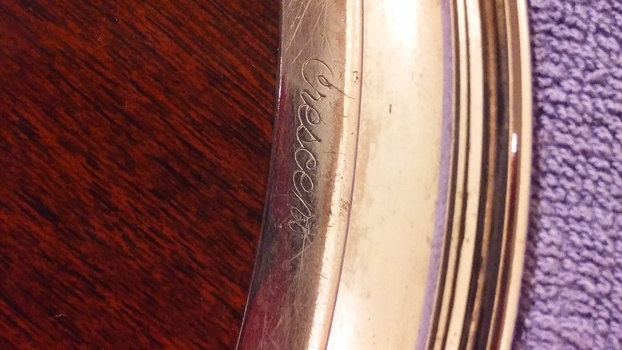 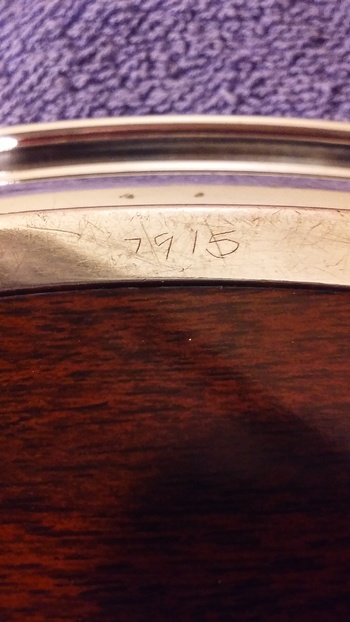 This found in a thrift shop in recent years and bought cheap just because it appealed to me. ;-) I've been meaning to show it for awhile now, finally got around to taking a little silver polish to its rim and snapping some pics the other day. :-) It is marked on its bottom edge with the "CRESCENT" [Silverware Mfg. Co., Port Jervis N.Y.] name in stamped script lettering, with the number "7915" in a seemingly hand-scratched mark. It measures about 14-1/4" across and seems very nicely made, being rather heavy/sturdy for its size.

Searching the interwebs shows (as I've always suspected) that it is a MCM product, back when FORMICA (r)(tm)(etc) plastic laminate was sort of the latest-and-greatest 'modern miracle kitchen surface material'. Lots of other people's pics of trays similar or identical to it, some including their original yellow and red FORMICA labels. This one looks like it has actually been used in its past sometime, having some superficial scratches/etc., but nothing critical.