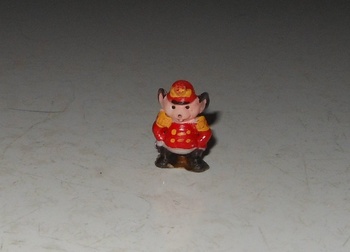 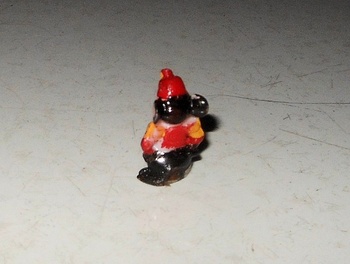 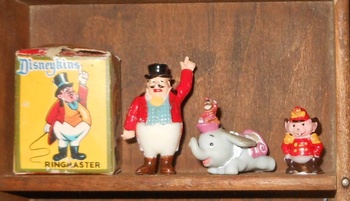 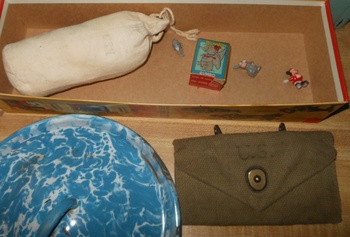 There was much panic as for the last several days I have been searching for Timothy Mouse. He is very small and I though he took a fall. I have been searching the floor on my hands and knees. I even sorted through my trash. Carson the cat knocked over the box containing my other loose Disneykins and a few other things. I had gathered up everything but could not find Timothy. Turns out he was over by the Disneykin display on top of the Al DiMeola-Elegant Gypsy CD. It was hard to see him there as he blended in with the CD cover.
Timothy does not stand up well. I suspect he had been glued to one of the playsets and not removed as carefully as he ought to have been. Thus I had set him aside until I could glue him to the display. Much rejoicing as he is now securely glued.
Disneykins were made from 1961 through the early 1970s. Timothy Mouse is part of the Dumbo line up.
Photo #4 is a sneak preview of the subject of some future posts that had been knocked to the floor by an unnamed cat.