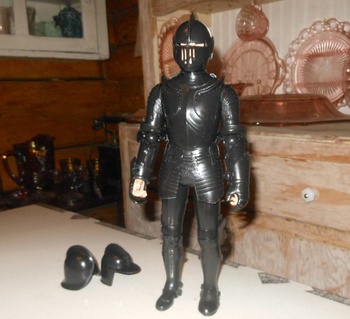 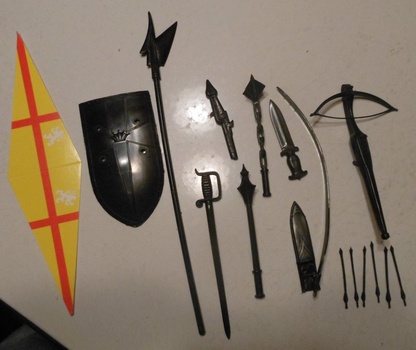 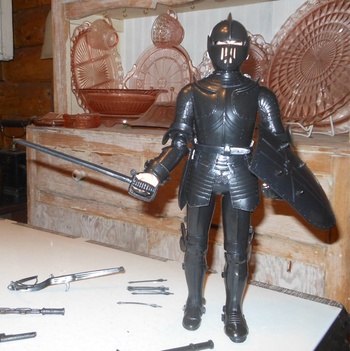 I took about an hour to get him in his armor. Not all the tabs fit together smoothly. Had to slit open some connectors to get the tabs through and a bit of work with a needle file. But then the original knights take some work too as the armor becomes brittle. Sometimes I have to use needle and thread to put on the armor. Sometimes hot glue also. The connectors would break when they were new but it is a toy and doesn't need to be perfect.
As with all Marx figures this came with plenty of accessories and one can never have too many accessories.
Wrapping it up is Sir Cedric armed with sword and shield. A two handed sword would have been nice. Hopefully he fights better than the Monty Python version. The helmet for the Monty Python version would have been nice also.