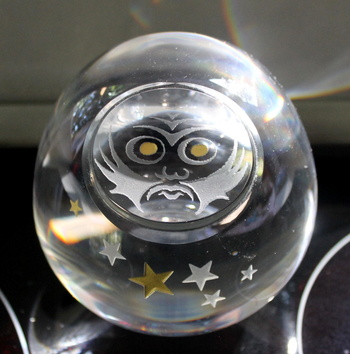 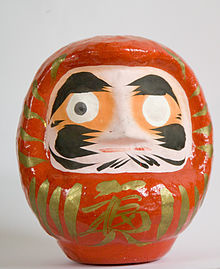 Daruma is a good luck figure in Japan, and is based around the figure of Bodhidharma, credited for introducing the Zen form of Buddhism to China (and thence Japan). Daruma is usually modeled as a papier mache doll, and is often gifted or acquired at Buddhist temples.
I guess he is a bit ugly and weird in some ways, but there is a lot of symbolism in his looks, and to me he is amusing and delightful.

I had never seen a glass Daruma, and this one is not just glass, it's Hoya Crystal, the best of glass!

He is lurking on my desk now, hopefully helping my bill paying perseverence, and bringing luck to my fortunes.