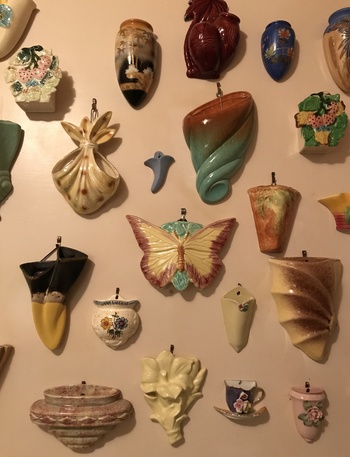 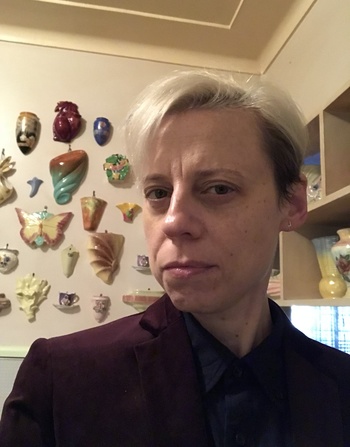 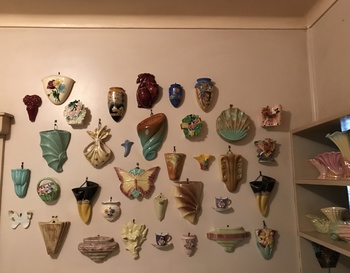 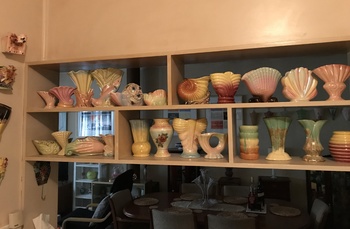 My mother passed away in January this year at the age of 83. She was something of a collector too...she loved going to op shops. Her collecting interests were varied, but mostly involved ceramics of the 1930s - 1950s era. Wall pocket vases were her favourite, & these photos show some of her collection, which I "curated" & arranged. Most of the wall pockets are Australian pottery of the 30s - 50s by Sydney makers such as Pates & Diana. There are also some Japanese ones, & a pair from West Germany. The last photo shows some of her Australian pottery vases - primarily lustreware & drip glazes. A fair few of the wall pockets I bought for her as gifts for birthdays, Mother's Day, & Christmas. Sometimes I just bought for no reason other than I knew she'd like a surprise...
Now they are mine, a bittersweet gift.