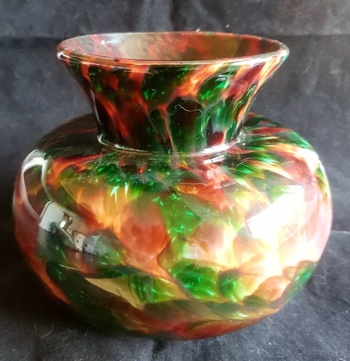 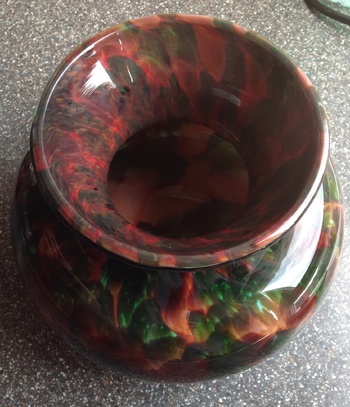 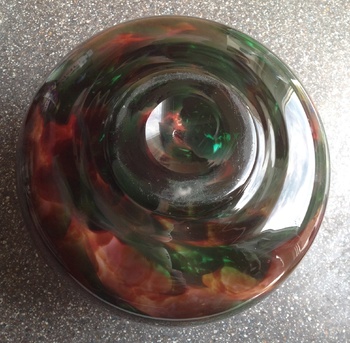 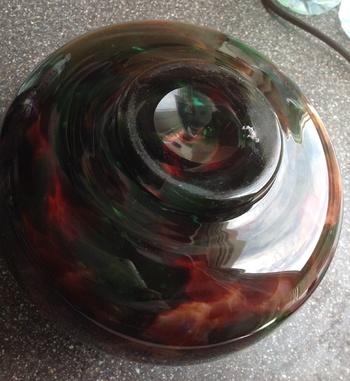 Hi everyone,
A nice spatter vase/bowl.
It's an unusual squat shape and very heavy with, I guess, at least three layers of glass, including a thick clear coating and foot, with a polished pontil and plenty of wear. Then many spatters of greens and reds on a pale background. All lined in a thin rust colour.
As to its age and maker I'm foxed. It has a lot of age wear and the shape could have an early 20th century look.
It has a little bit of foil in the foot, presumably dropped in during manufacture.