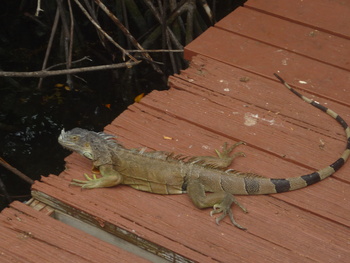 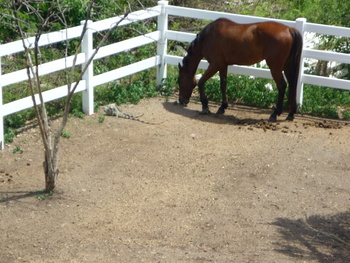 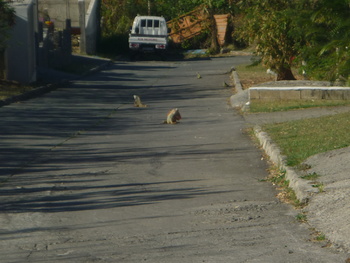 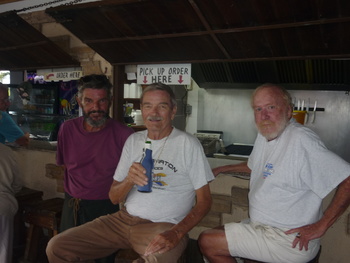 I have been studying West Indian wildlife for 45 yrs. & thought I would share some of my finds. Of course the iguana is numerous & often seen. During mating season, they have a bad habit of crossing roads without regard to traffic. When this occurs, we call them "speed bumps". Our indigenous species is as ugly as they come. A pretty green S. Amer. species has been moving in and now considered a threat to our ugly ones. Naturalists are upset, but I can't understand why trading ugly for pretty is bad. That's why there are divorces.
Here is a rare pic. of iguanas mating while a horse watches or waits in line.
Then we have our donkeys. They did wander freely in SXM until it was realized that they made too big of speed bumps & they are mostly seen in pastures now. Nobody seems to know what they are good for here. On small islands, they are used to carry things like fat people.
Then, there is another category of wildlife. They come in a variety of colours and can be seen having "five-sies" anytime after 2:PM or even earlier. There behavior can be erratic, especially while driving or walking. They are not indigenous, but will argue that point.
We also have the elusive mongoose that some brilliant English retard decided would be nice to introduce. Then, we are beginning to have troubles with monkeys, that can almost behave as badly as the ones in the last pic..