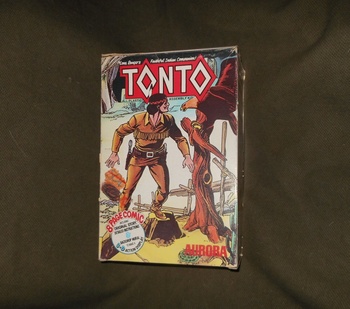 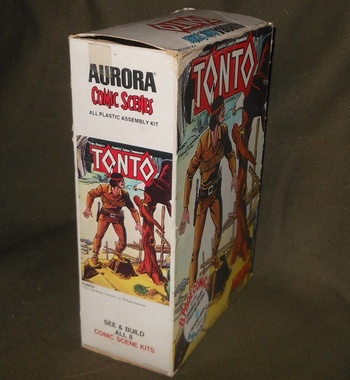 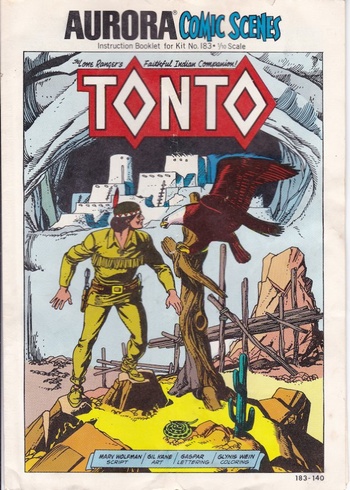 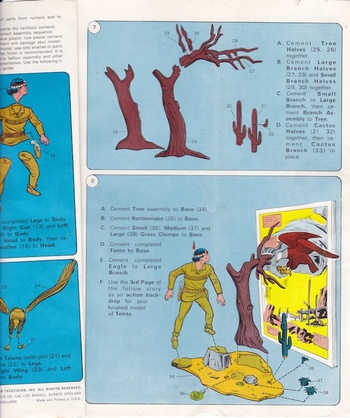 No model here just the box with the instruction/comic. The comic scenes series apparently did not just have comic book characters apparently although I am sure some Lone Ranger comic books were made. There were comic books of just about everything.
The box itself has excellent graphics and is displayable as is. As one who takes photos of many things an observation I have made is that vintage boxes photograph better. For some reason the surface of the box absorbs the flash to make a pleasant photo. New boxes will have flash glare and even glare from whatever lights are nearby. It is a bit of a patina thing and the way it was made originally. That is why we collect old stuff. Old stuff has je ne sais quois. New stuff has wtf is that.
The instructions on this also contain a comic book. In it Tonto prevents a war and knocks the villains unconscious. Not quite Clint Eastwood but then who is.