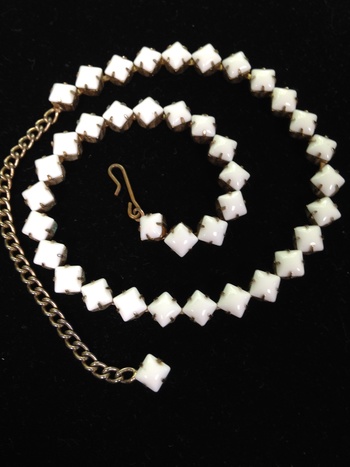 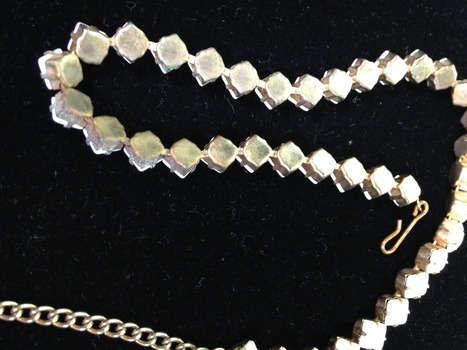 For some reason, white milk-glass seems especially wearable during the Spring and Summer. I like the way these little prong-set milk glass pieces are set on an angle.

QUESTION: This one is a "keeper" for me, (as is most of my jewelry) and I know that buying and selling are strictly prohibited on this site, but I have questions about that. For example, what if I post something here on Show and Tell, and decide to sell it later? Would six or eight weeks later be an acceptable time frame? OR, if I sell something, at a later time can I upload a Show and Tell about it even though it has been sold? Thanks for your input on this.