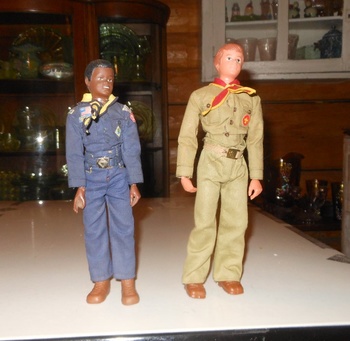 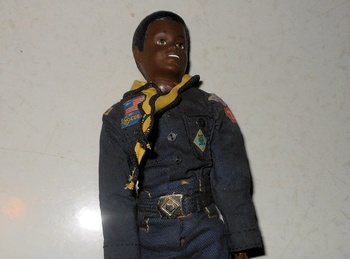 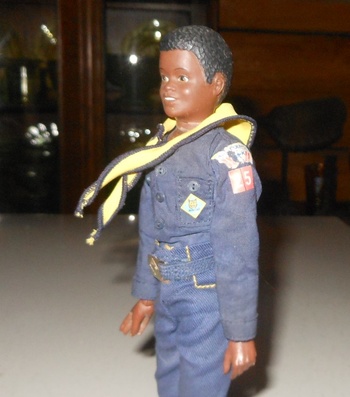 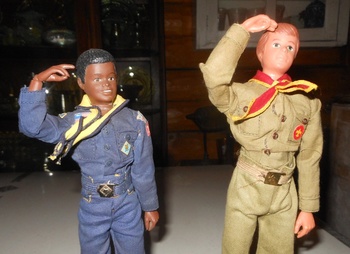 Steve Scout was released in 1974 by Kenner along with Bob Scout and the mail away premium figure Bill Scout. In 1975 Dave Cub and Craig Cub were released which of course were Cub Scouts. The 1975 figures including the Boy Scout figures were released with stickers already placed on their uniforms. The earlier ones came with sticker sheets that were rarely used and usually lost. I bought these together thus posting them together.
The uniforms were very high quality note they even have contrast stitching along the pockets etc. Even real clothes now don't use contrast stitching anymore. If they did you would see how bad the quality is.
The Steve Scout figure is notable as it has the rubber band scarf sliders. Those are an endangered species as rubber bands tend to disintegrate over time.
Still have Bob Scout and Craig Cub to post along with their many playsets. That and my new improved 1:1 scout display.