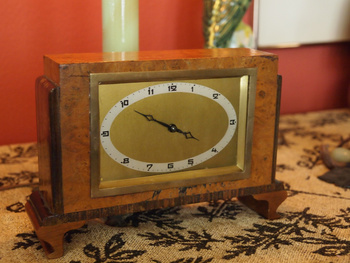 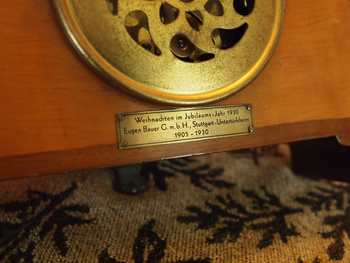 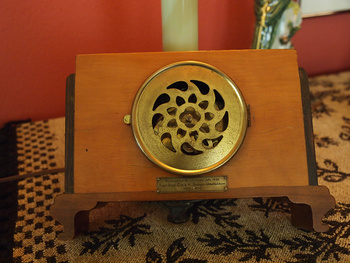 I bought this clock in 2014 it was interesting to me and the Art Deco case and movement was a real plus for me. There is a little brass tag on the back of the clock translated it says;

I got interested in Eugen Bauer and found out all about what he did, seems he had a lot to do with going from silent movie projectors to recording sound directly to film during the Talkie transition in the 1930's. The clock still runs.

The trained precision mechanic Eugen Bauer (1879 - 1958) begins in 1905 in Stuttgart in the field of reproduction technology to specialize in movies. He constructs in 1907 his first movie projector. Bauer already has ten in 1914 Employees and mechanics and supplies besides Germany as well to other European countries. In the time of the First World War his workshop will be used for armament purposes and he will drafted for military service. Because the factory rooms in the Garden Street in Stuttgart become too small, the company settles

1924 in the Paulinenstraße around. In 1928 the factory moved out of the Downtown to Untertürkheim and the company is in one GmbH converted. 1928 was the year in which the sound film the Replaced silent film. Eugen Bauer and his 65 employees solve with the "needle device" the synchronization problems. With the Lichttonfilm finally manages to direct the sound directly onto the film record. Bauer is the market leader in the field Movie film projectors and exports about 75 percent of the Devices abroad. For the Robert Bosch GmbH is the Eugen Bauer GmbH thus attractive enough to gradually acquire them from 1932. In 1939 the company employs 300 people. Late 1950s set Bauer machines worldwide cinema standard and Bauer becomes the the world's top-selling amateur camera manufacturer. Early 1980s Years the production of film projectors is stopped. The foreign companies are given up until 1983, theUntertürkheimer building sold to Daimler-Benz AG in 1984 and In 1992, the Bosch product line "Photokino" was completely dissolved. 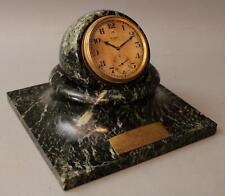 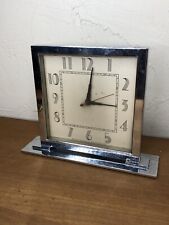 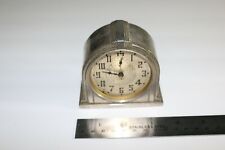