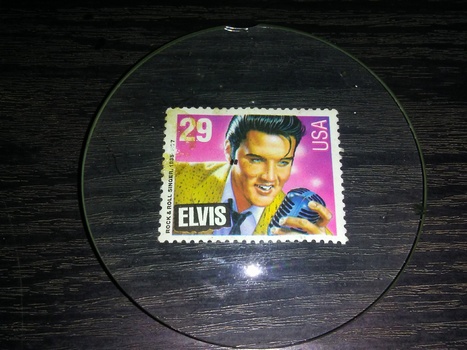 On January 8, 1993..On what would have been Elvis A. Presleys 58Th. Birthday..The U.S. Post Office issued the .29 cent stamp with His likeness.
If you remember..a contest was presented by the Postal Service to choose between two depictions of Elvis...The younger and a older King of Rock&Roll..The younger likeness won out.
The day of its opening for sale, became the busiest in History for several Post Offices as frenzied fans stood in line to make their purchase..some avid fans had the stamp tatooed to their bodies!
It brought a whole new light on His song, 'Return To Sender'!