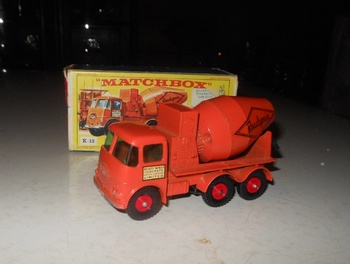 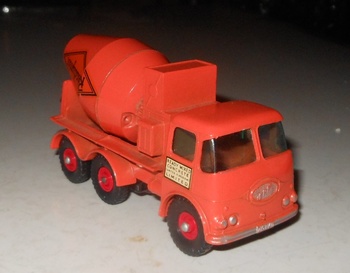 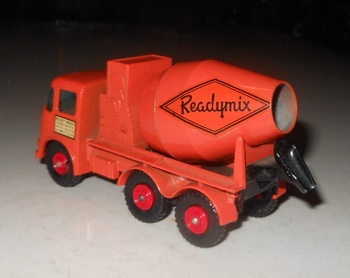 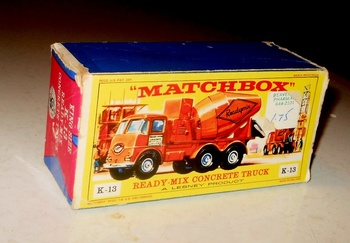 The Ready-Mix Concrete Truck aka Cement Mixer was first released in 1963 and sold through 1970. The box for this one I know was not used in 1968 or 1969 as those had window boxes. Possibly 1967 but I am thinking probably not. That makes it 1963-1966 ok perhaps 1967.
These are my favorite boxes for the King Size line although the window boxes with a background are pretty nice. The plain blue background boxes a bit less nice. But this style box is less common so more desirable.
The concrete mixing drum rotates as it is pushed across the floor which gives it an extra bit of play value. Seems to be a larger version of the Foden Concrete Truck.