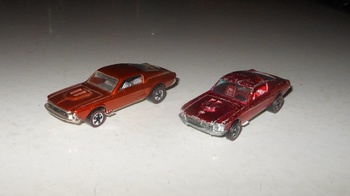 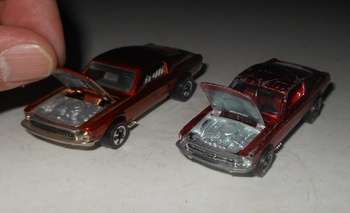 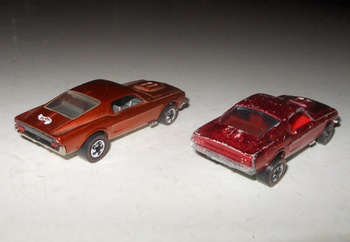 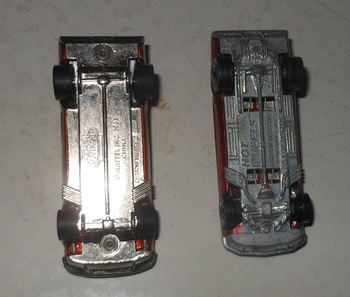 One of the Sweet 16 original Hot Wheels Cars this is a model of a 1968 Mustang from 1968. Quick note that the example on the left is a new recast. It gives one an idea of how the original looked when new.
This is an early US made version as it has the clear windshield and a firewall behind the engine. The recast has the no firewall version which was also used in the originals but the later versions. See photo #2.
Wrapping it up is an exciting underside view. The originals had a much more detailed underside. It can also be seen that the axels had a different shape. The originals had a sort of horseshoe shaped axle. Not quite sure why they did it, perhaps a more lifelike suspension. They cared about such things in the long ago.
Got this in that case full of Matchbox cars a few weeks ago. Still more to come from that.